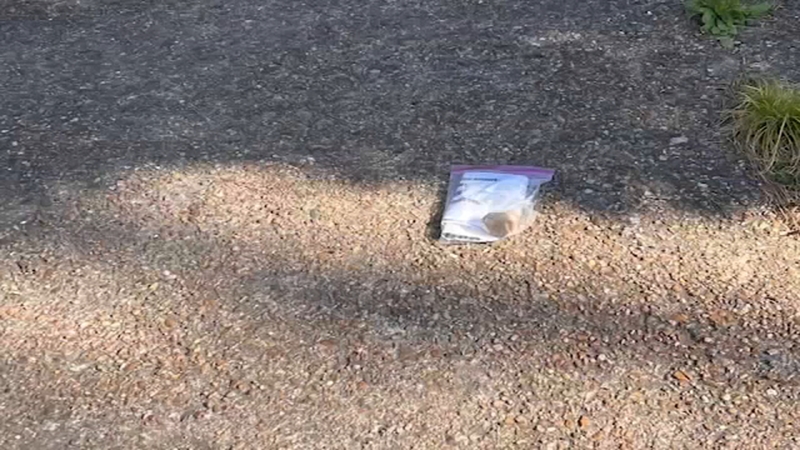 The hate-filled messages prompted an investigation by the Houston Police Department.

Surveillance video obtained by Eyewitness News shows someone in a pickup truck throwing out the packages in the overnight hours.
Mark Toubin is with the Anti-Defamation League, a civil rights organization fighting for justice for all people. He said this type of extremist propaganda is on the rise in the Greater Houston area.

Toubin encourages anyone who comes in contact with hate crime to report it to law enforcement and on their website. Toubin said the perpetrators want to spark outrage to raise money on extremist platforms.

"Unfortunately, this has been an issue much more over the last three months," said Toubin. "For every single flyer that was thrown out of a car or a truck onto some person's driveway without them asking for it. I think that sends the best message that hate will not prevail if an act of hate results in the act of good."

Ken Anderson and his wife Andreanne Vachon received the message. They said it felt threatening and disturbed them. Anderson spoke directly to the person or persons responsible.

"I'm sorry for them," said Anderson. "It's such a burden to carry that much hate."

The Houston Police Department released the following statement to ABC13.

"The Houston Police Department is aware of flyers with divisive messaging and propaganda distributed this weekend in various neighborhoods. We take this type of incident very seriously and investigate the matter to the fullest extent. As always, our partnerships and collaboration with all our communities in our city are important to us. We ask anyone with information in this or any other similar incidents to contact the police immediately so the incident may be thoroughly investigated. "