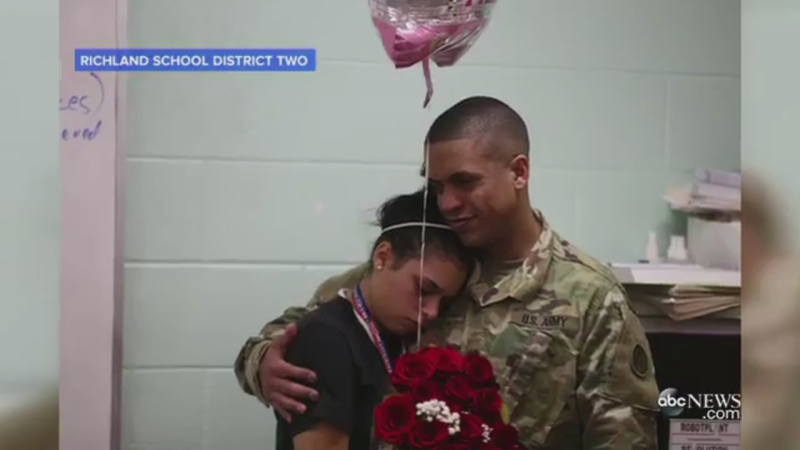 COLUMBIA, SC -- A military father came home a week early and surprised his daughter in her classroom at a South Carolina high school.

Sgt. Carlos Solis had been deployed in Kuwait for nine months. The single parent asked his sister to live with his daughter, Solymar. Melendez arrived home a week earlier than his daughter expected so he and his sister came up with a plan to surprise her.

He brought flowers and balloons into a classroom at Spring Valley High School and sat down at a desk in an attempt to blend in with the other students.

When Solymar walked in, she was overcome with emotion and immediately began crying.

"She didn't talk. She was just crying," Solis told ABC News. "She was overwhelmed with everything. She thought it was a dream."

Solis said he looks forward to father-daughter time with Solymar now that he's back.