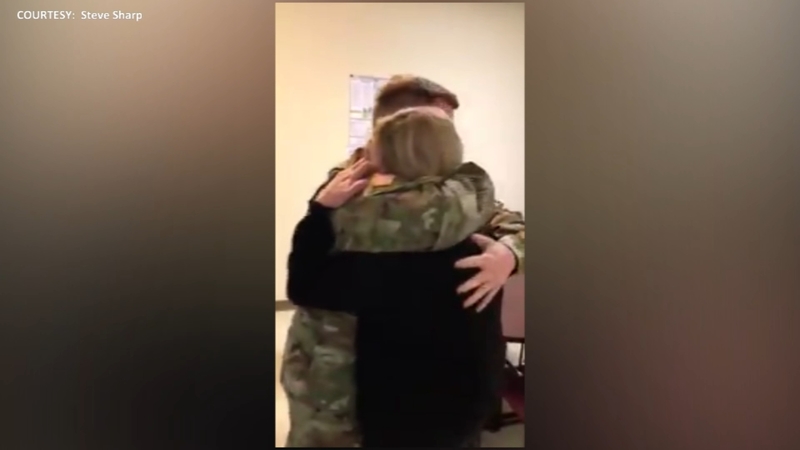 DALTON, Ga. -- A soldier from Georgia gave his mother and sister a moment they'll never forget, and his father was there to capture it all on video.

Steve Sharp tells WTVC his son, 20-year-old PFC Sawyer Sharp is a combat medic who has been stationed in Landstuhl, Germany for the past year.

Sharp says his son still has another year of service in Germany before returning stateside.

His mother and sister both work at Comprehensive Medical Solutions, Inc in Dalton.

They had no idea Sharp was coming home to visit on Tuesday morning.

As soon as Sawyer Sharp walked into their office, he made eye contact with both women.