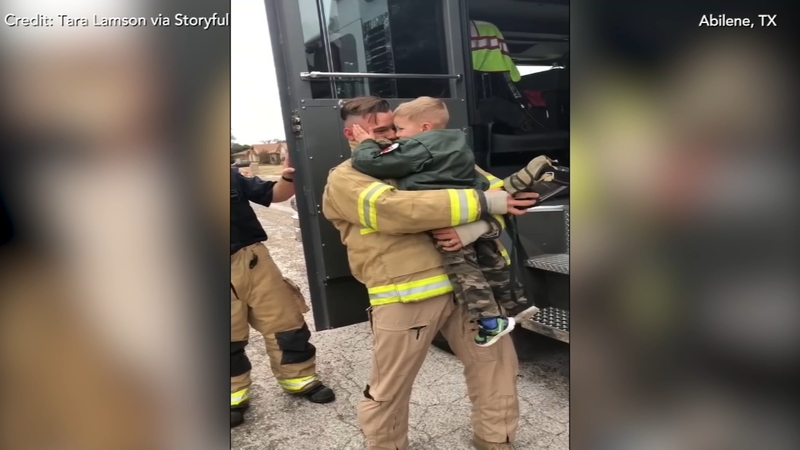 ABILENE, TX -- A group of firefighters helped a soldier returning home from deployment give his son a grand surprise.

Manny Lamson Jr. had spent six months deployed at Qatar Air Base and asked Abilene Fire Department to make sure his son, Connor, experienced a memorable reunion with him.

Tara Lamson, Connor's mother, recorded video of a fire truck arriving outside the family home, with Connor seen wandering up to four firefighters to say hello.

He was greeted by a mystery man dressed in full firefighter gear who soon took off an oxygen mask to reveal himself to be the boy's dad.

"Manny was supposed to come home a week earlier, and him and Connor were going to go on a trip with grandpa to watch spring training baseball in Arizona," Tara said. "However, grandpa went with Connor while Manny was delayed. He arrived a day before Connor would be back from the trip."

Tara said he "loves" firefighters having "visited the station on multiple occasion while his dad was on deployment."