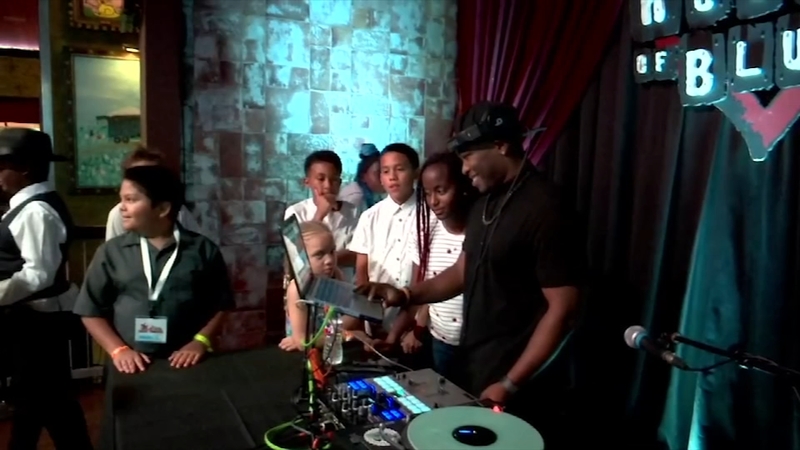 HOUSTON, Texas (KTRK) -- You can't beat having prom at the House of Blues downtown.

For pediatric cancer patients at MD Anderson and their families, it's a sense of normalcy.

The prom night is part of a weeklong camp for kids called Camp H-Town. It's put on by the Four Seasons Hotel and MD Anderson.

"I bet they think it's awesome," says Isaiah Ferguson, who has been a part of the camp for two years.

He's also two years in remission after being treated at MD Anderson for cancer.

Thursday, he enjoyed prom night with others like him and those who are fighting now.

"I'm just trying to inspire other people that are going through (what I went through) to have a good time," Ferguson said.

"Having cancer isn't fun," said Richard Gorlick, head of Children's Cancer Hospital at MD Anderson. "(But) this is, this is wonderful. It's a week to sort of forget about what they're going through and do something different."

"It allows the child that can't go far from the hospital to go to camp," Robin Segesta said.

She and her husband, Tom, who is the GM at the Four Seasons, started the camp. They say it's an opportunity to treat these kids.

"They get to have fun together and it's just a wonderful, wonderful week," Tom Segesta said.

For these kids and their families, it means everything.

"It's a chance to give everybody the opportunity to have fun on the same level," Ferguson said.