KTRK
HOUSTON, Texas (KTRK) -- It's a bird... it's a plane... it's Superman dangling from a building in Houston!

You never know what you might see on any given day in the Bayou City, but Superman, red cape and all, was really swinging from a skyscraper Thursday morning, and all for good reason.

We know, we know. Swinging from building to building is a hallmark of Spider-Man, but let's just pretend Superman gave our friendly, neighborhood web slinger the day off.

Clark Kent's alter ego and the Caped Crusader himself, Batman, were joined by Iron Man to help bring some joy to children battling cancer.

The trifecta of superhuman strength combined to rappel down MD Anderson Children's Cancer Hospital around 11 a.m. to surprise the brave patients.

SkyEye was in the air during the stunning spectacle, capturing the heroes waving to the children on the other side of the glass.

While the superheroes took on window washing duties, just as much cheer was being spread inside the building.

The hospital says the patients were visited by Santa, an elf and a reindeer complete with a sleigh. Gifts were distributed at a safe, social distance.

But really, who wouldn't want to see superheroes soaring through the sky in a moment that seemed more like a scene lifted straight from the pages of a comic book?

In this universe Thursday morning, it was the best kind of crossover between DC Comics and Marvel superheroes.

In fact, the kind gesture made us want to tell them the same words that Tony Stark uttered in the movie "Avengers: Endgame": "I love you 3000."

Watch the video above to see sight that brought much delight.

These Pearland teens are real-life superheroes, spreading smiles to children with surprise birthday and cheer-up visits! 🦸 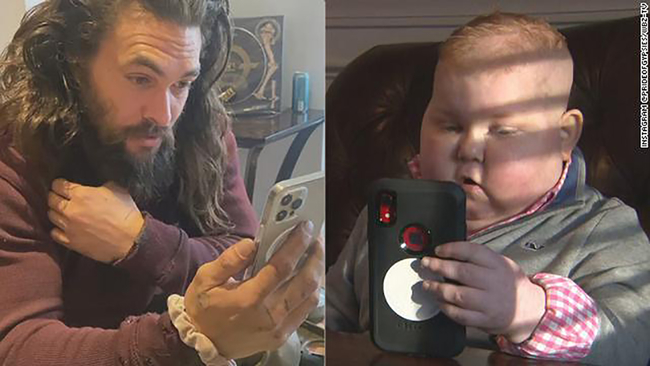 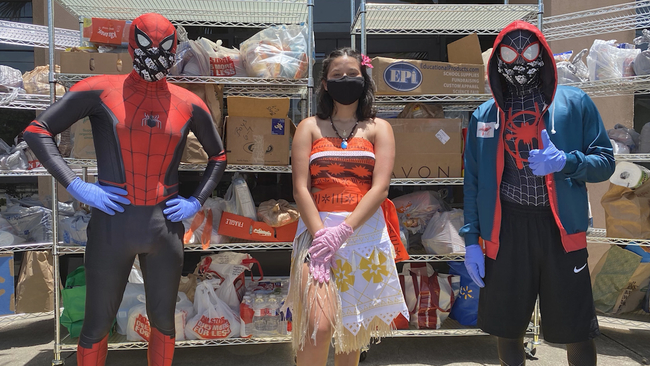 'This will kill Texans,' Dems say of Abbott reopening state
5 things to know about COVID-19 relief bill headed to Senate
Here's how cold it will get tonight
2 friends, 1 dream, and an $80 million empire
Fort Bend promotes nation's 1st captain of South Asian decent
Show More
Mom who lived in car during storm still dealing with water woes
Majority of Houston-area ISDs will still require masks
Mom killed in crash leaves gaping hole in family's life
Biden: US will be able to vaccinate all adults by end of May
Grandmother and grandson found dead in SE Houston home
More TOP STORIES News