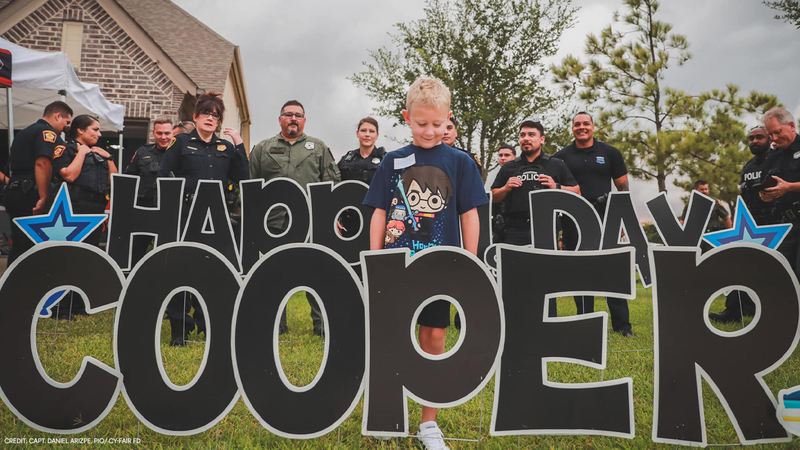 CYPRESS, Texas (KTRK) -- As thousands of children made their way back to class on Tuesday, there was a special send-off for one Cy-Fair ISD student.

Cooper Knox began his first day of school at Warner Elementary, but not before a large gathering of police officers wished him the best.

Multiple agencies took part in the event to make sure Cooper and his family knew he wouldn't face the first day alone. Cooper's father, HPD officer Jason Knox, died in the line of duty in May 2020 in a helicopter crash.

RELATED: Father of fallen HPD officer recounts the kind of person he was and how he lived his life

Knox was a Tactical Flight Officer and left behind a wife and two children, including Cooper.

Knox was an eight year veteran of HPD. He also served as a Harris County Deputy Constable before joining the Houston Police Dept.