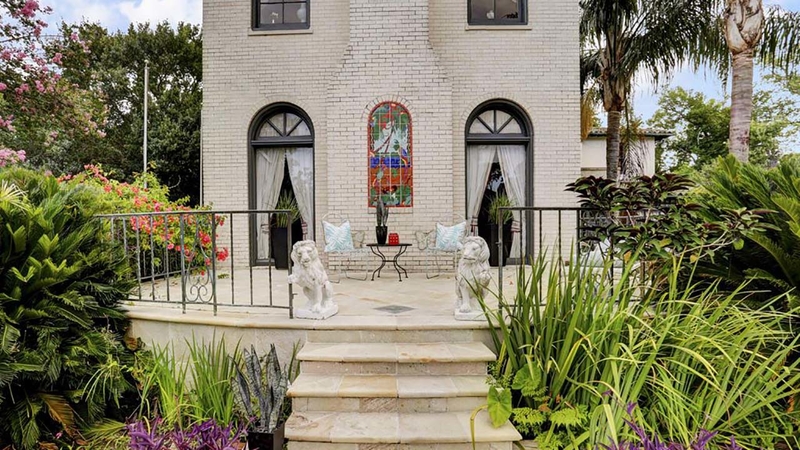 HOUSTON (KTRK) -- In a city of gleaming skyscrapers and high-rise living, to find a link to Houston's past is rare. However, in the Old Braeswood neighborhood of the city, a link to the past has survived.

Now, one of its landmarks is looking for a new owner.

Most of what made the Davis mansion a showpiece by architect Joseph Finger still survives.

"You have 22-foot ceilings from the landing to here," said Lynn Zeid with John Daugherty Realtors. "Notice the beautiful stained glass."

The mansion also has a story to tell.

The original owner was a mysterious woman named Evalyn Davis. She had a role in 1930s Houston society and also had a friendship with Houston oil tycoon T.P. Lee.

"They had a relationship, a very mysterious one, and I think the house wears that mantle of mystery," said Christine Manca with the Museum of Fine Arts Houston and an Old Braeswood historian.


Leaving her $100,000, Lee included Davis in his will, but for reasons unknown, eventually rewrote his will and left Davis out. Davis entered into a nasty probate fight with Lee's children and lost, with judge Roy Hofehinz making the ruling.

RELATED: Through the years: Take a look at Houston during the 1930s

The house at 2330 North Braeswood Boulevard has been kept in immaculate condition by a succession of owners. The 14-karat gold leaf on the crown moldings and trim are original to the home, along with the wood floors. There are four bedrooms, two of which are master suites. The sunroom features elaborate Italian tile, and there's a swimming pool and a separate garage with an apartment above, all on an acre of manicured land within walking distance of the Texas Medical Center.

The neighborhood hopes a new owner will treasure the Davis mansion as an icon in Old Braeswood and in Houston, preserving it for another generation.

The price for this one of a kind property is $2,499,900, with the mystery of Evalyn Davis added at no additional charge.