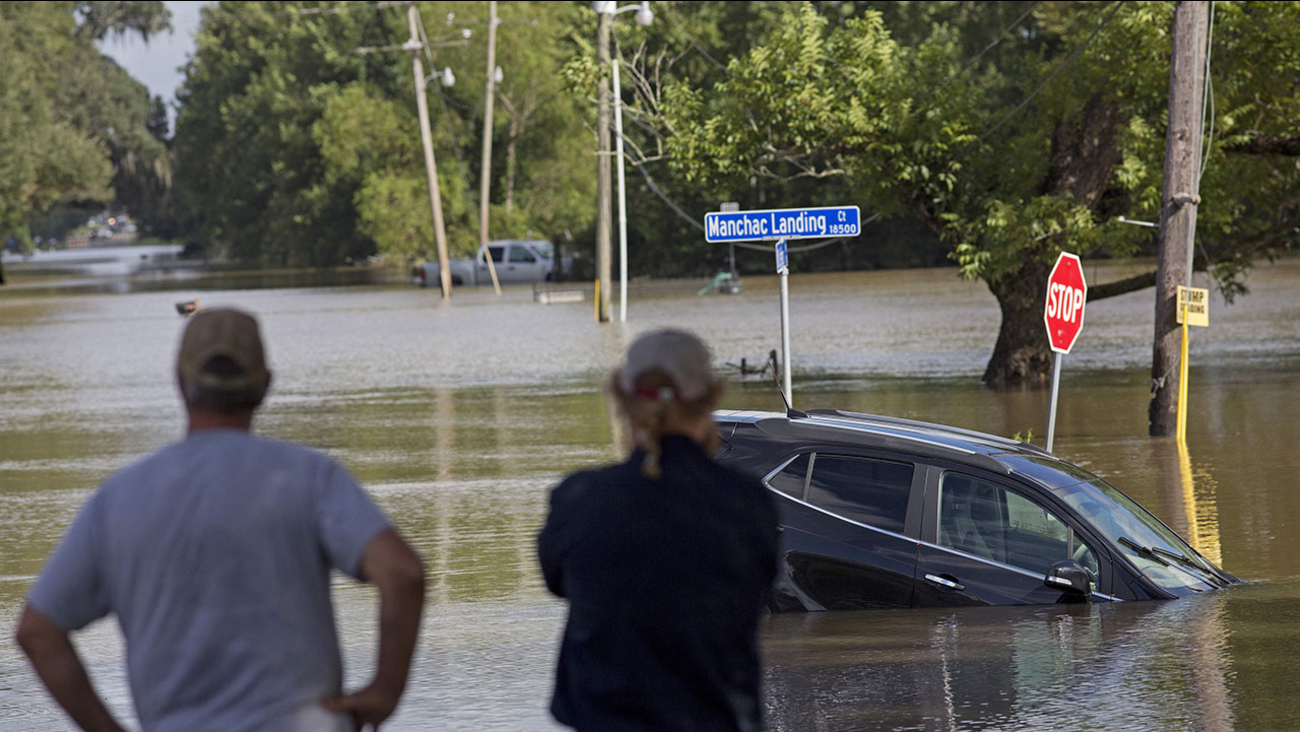 KTRK
A letter by a Baton Rouge attorney is going viral after her indictment on the national media's response to flooding across the state of Louisiana.

The full letter is below:


Dear CNN, Fox News, MSNBC, ABC News, CBS News, Good Morning America, the Today Show and whatever other news organizations professing to employ people who refer to themselves as Journalists:

FYI There is a flood in Louisiana.

You've met us before. You came and camped out over here during a very painful period in our existence about a month ago. You went into a neighborhood you've never been in, in a state it's quite possible that you've never visited (despite that you are "very well-travelled"). Although, I realize you are sophisticated, and accepting of "other" cultures, you managed to pass judgment on an entire community in your own country, who were mourning and struggling to figure out - what the hell just happened - and where do we go from here - all of us (well most of us) - in good faith. You didn't offer help, you didn't offer support, you offered criticism - and then you left.

Oh you came back, a few weeks later, a lunatic, who also had never been here, showed up and murdered three of our finest citizens. In broad daylight. In the middle of town. You came back. With more criticism. More speculation. More side taking. When in the community I live, we were basically all on the same side. We're all in this together. I hate to pull a hashtag, but seriously #unBRoken.

Not one person I watched on the national news during the weeks following Alton Sterling's death, or the murder of three police officers gave my friends, my family, my neighbors - any credit or the benefit of the doubt. Nope. The entire news media looked for someone to blame. Depending on what network you watched the target of blame was Sterling himself, the cops, the South, the guns, the whatever. Not one person I watched on the national news assumed that the whole city was by and large, and in good faith, just trying to wrap our brains around what happened, and trying to make our city whole again.

I think you people are stone cold silent about this flood, because really, there's no agenda to push. There's no side to take. There's nobody to blame. So even though you don't seem in the least bit curious, here's what's been happening around here since you left.

First - as previously stated. There was a Noah's Ark Level Flood. It affected all of us. Black, white, dog, cat, man, woman, child, transsexual.

While it was still raining, a spontaneous, private, and well-meaning navy of ordinary people assembled themselves. They were black, white, asian and otherwise. They weren't protesting anything. They got into their own boats, spent their own money, spent their own time, risked their own lives. Black people saved white people. White people saved black people. Nobody asked what color you were before knocking on your door. These are not first responders on some list somewhere. These are a bunch of guys who like to hunt and fish and as a result own flat bottom boats and they assumed that the actual police and other first responders, not to mention their fellow citizens - could use a little help. So they just showed up. Nobody told them to. They wanted to.

Meanwhile, across town, a spontaneous, private and well-meaning army of ordinary people assembled themselves in a 7 warehouse, un-airconditioned sound stage. (And FYI, it's REALLY hot in August in Louisiana). They found some fans. And they had plenty of room. They gathered canned goods, bottled water, Gatorade, Neosporin, BandAids, Toothbrushes, deodorant, hairspray, sleeping bags, chairs and pillows. They set up kitchens with their tailgating party supplies. Nobody told them to. They just did it. Why? All because people who just lost everything about a half hour ago, got plucked off of their rooftops in helicopters and this army knew that they needed somewhere to go, and something to eat. Pretty much instinctively.

Meanwhile, across town, people who usually lived as one family unit in well-kept homes slept on air mattresses in friends homes watching flood waters threaten every memory, every belonging, every photograph, everything they spent their whole lives building, every spot their child took their first step become over-run with ruin, knowing it would be months, if not years before they clean up the mess. People who lost homes in Katrina, went through the same thing again. People who don't own much to speak of, have nowhere to return to. All of these people woke up in a place where they have nowhere to send their kids to school. Indefinitely. All of these people I've seen, are sad, they are tired - but they are resilient - they are smiling.

We have not even begun to count our dead, much less bury them, and we're still in mourning over the events from last months. For the love of goodness the least you could do is offer us a little encouragement.

I suppose a bunch of self-sufficient folks that actually love one another, and are trying to figure things out isn't as interesting to you as casting gross stereotypes over people who live fly-over country. But we are a little bit baffled after all that unwanted attention we got a few weeks back, when we actually need you to get the word out, you are nowhere to be found.

As much as it pains me to ask, we need you to shine a light on this. There are people here who need help. Let's take a time out from monitoring Donald Trump's Twitter Feed and deal with this one. We need attention because we cannot rebuild our infrastructure, our schools, our homes, our businesses without the money that the attention will bring. So here is what we need you to explain to people that don't live in Louisiana:

1) This water damage was caused by rain. Not a tidal surge. There's a difference. I don't have lots of time to explain, it - but the main difference is, that this is such a bad ass amount of rain that it only happens every 1000 years. Yes. One thousand years.

2) As a result of how infrequently this happens (yes every 1000 years) Nobody knew this was coming. We thought it would rain. We did not realize we would get almost three feet of rain in some places. 14 trillion gallons water is now trying to drain out of rivers, and bayous and ditches that are stretched beyond capacity. Think about that. Where's all the water gonna go? Hell I don't really know, but I can tell you this on its trip to the Gulf of Mexico (which is incidentally where a lot of your rainwater goes) - it's gonna travel over places it hasn't been for one-thousand-years. Sometimes that's the first floor of your house. Sometimes - it's the only floor of your house. Sometimes its your entire business. That supports you, and supports others. Either way, you have no place to inhabit for months because you can't live in a house that's been covered in water or sell your wares out of a store that nobody can get to.

3) This flood affected people from every walk of life. It did not discriminate between the good side of town, or the bad side of town. It was an equal opportunity offender. It just tried to ruin half a state. Despite what you may think, we're fairly united against this slithering, slimy common enemy. We have only just begun to figure out how to dig our way out. Maybe you can help us figure it out. At this point, we're open to suggestions, or at least some assistance in ripping out wet sheetrock.

4) You can buy maximum value flood insurance, and it will not - repeat not - cover the cost of the average price of a home in East Baton Rouge Parish. Plus, notably, flood insurance must be purchased separately from regular homeowners/property insurance. Most Homeowners insurance policies will cover you if you suffer any other form of natural disaster - by that I mean earthquakes, tornadoes and wildfires. But for some reason, not floods. Nope. That is limited. There are maps that insurance companies have where they think it could possibly flood. There are uninsured houses right now, that are in a place that some beancounter in an insurance company did not think it would flood. Maybe someone could check out what the hell is going on with flood insurance. We certainly talk a lot about health insurance.

5) There's stuff we have that cannot be replaced.

6) Al Sharpton, Donald Trump, Hillary Clinton, President Obama, Kim Kardasian, and others - are nowhere to be found. (Although props to Taylor Swift for the cool million she sent us).

This education is sorely needed because the few, and I mean very few, articles I have been able to locate on the national news have said nothing about the above 6 points. But the best part? The comments. They clarify how uneducated the rest of the United States is about Louisiana (while usually, and ironically calling the people in Louisiana uneducated). In addition to the fact that "environmentalists" who love the Earth do not realize that Baton Rouge is NOT on the coast or below sea level (my favorite irony), these people think we are cultural Neanderthals. They don't realize that we have our own music, food, language and culture. It's a gift, and we are grateful and proud of it. It's your fault you won't take the time to understand it - not mine.

However, the recurring criticism and/or question from these "commentators" is why don't these people just move? I have two responses to you.

The First, by way of example: Remember the Tsunami that happened in Thailand? A bunch of people on expensive vacations got mowed down by an unpredictable, unforeseeable weather event. Not once did I hear anyone ask: why would you go on vacation where there could be a Tsunami? Nope. All the people I know were too busy praying novenas and donating money to go to some country they may never see to stop and ask such a thing.

The more significant reason we don't move away is because this is the kind of place that prays novenas and sends money to places we've never been in the hope of sending help and comfort to people we have never met. We are the kind of people that assemble a volunteer army, and a volunteer navy whose sole mission is to spread love, support and a hot meal to our neighbors and community. We're dropped off in a shelter with a couple thousand of our new friends, and honestly still find a way to laugh together. The Cajun Uber joke on Facebook is priceless. That's it. Our joie de vie is in our DNA, and it grows out of this soil, and it is contagious. But only in this place. On this little part of muddy earth. We know all our cousins. We live a block from our grandparents. Plus the food is really, really good.

Come hell or high water, we're not going anywhere. You're welcome to visit anytime. We promise, no matter what, we will love you anyway, we will always send rescue, and we will always find a way to make you smile. And after all that we will, most definitely, feed you.

Love,
The State of Louisiana
#unBRoken 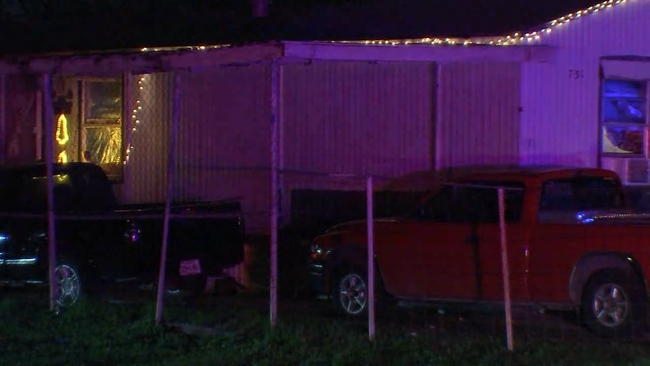