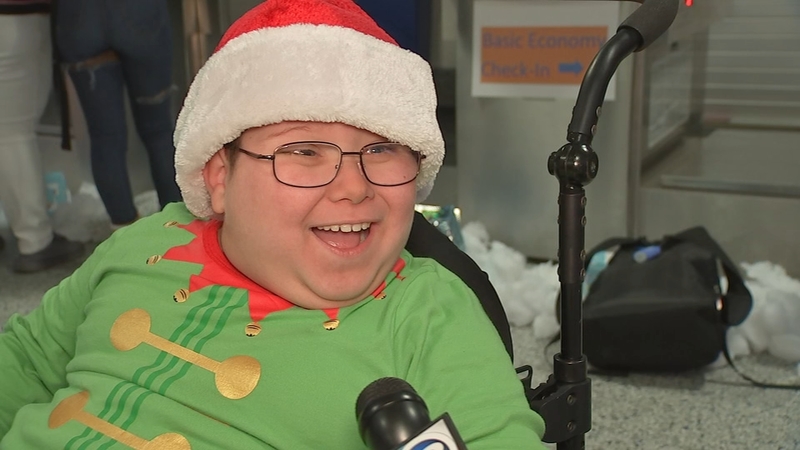 United Airlines took 80 children and their families on a 30-minute 'Fantasy Flight' and they ended up at what appeared to be the North Pole.

Flight attendants dressed as elves and decorated the plane.

Rudolph the Red-Nosed Reindeer, Frosty the Snowman, Star Wars characters, and other friends joined Santa and Mrs. Claus at the special spot, which turned out to be terminal C of Bush Intercontinental Airport. It was transformed into a holiday wonderland.

"(Children with illnesses) always get left out, forgotten," Jessica Haugh, who was there with her two sons, said. "If we're in a big crowd, they're always the ones to get pushed to the back, so it's nice that they get to be made to feel very special."

United Captain Bill Bella piloted the 777. He was part of the Fantasy Flight once in years past. He got emotional talking about it.

"It's almost indescribable," Bella said. "The happiness we bring to these children is priceless. It's really priceless."