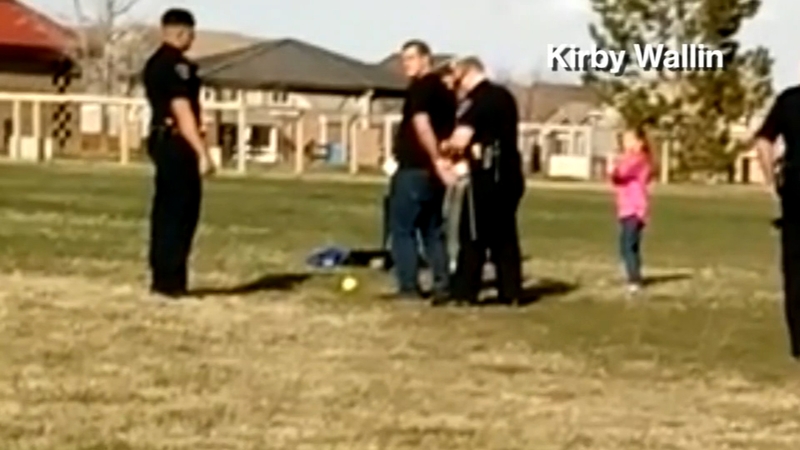 BRIGHTON, Colorado -- A police department in Colorado is conducting an internal investigation into a social distancing crackdown that ended with a man getting arrested in front of his daughter during a game of t-ball.

The 33-year-old says he walked with his wife and daughter to a nearby park to play some softball.

"We're just having a good time, not near anybody else. The next closest person is at least 15 feet away from me and my daughter at this point," Mooney said.

When police arrived, Mooney says they began telling him and others in the area to leave because the park was closed. During their interaction with the officers, Mooney says he told them (officers) he believed he and his family were in compliance and practicing proper distancing.

Mooney added that officers threatened him when he failed to provide his identification.

"Well, they didn't like that idea. They then proceeded to make a threat against me saying, 'If you don't give us your identification, if you don't identify yourself, we're going to put you in handcuffs in front of your six year old daughter,'" Mooney said.

The 6 year old's dad was then handcuffed and placed in a patrol car for 10 to 15 minutes while the officers called a supervisor for guidance.