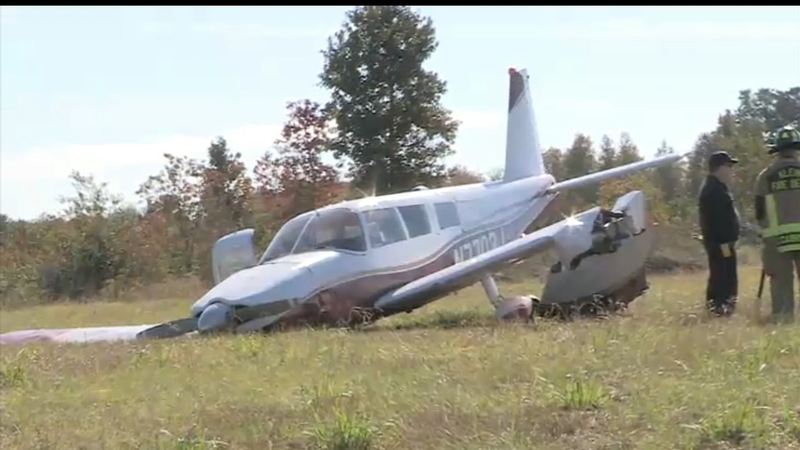 HOUSTON, Texas (KTRK) -- The Harris County Sheriff's Office is investigating after a small aircraft crashed along the Grand Parkway near FM 2920.

First responders are on the scene near the red and white plane.

@HCSOTexas units are at a single-engine small aircraft crash north of 10800 N. Grand Parkway at 2920. May have been a result of engine failure. Pilot was the only occupant and was able to walk away without injury. He landed on an open field. @TxDPS will be lead agency #HouNews pic.twitter.com/Ub1SMZKW8X

Deputies say the pilot was the only one on-board and he is uninjured.

Authorities say the crash may have been a result of engine failure. The pilot was able to land in an open field.
Report a correction or typo
Related topics:
houstonplane accident
Copyright © 2022 KTRK-TV. All Rights Reserved.
TOP STORIES
We have a cold and damp night ahead
High school student attacked in his family's driveway in Richmond
Winter blast felt across Texas
Man killed in incident authorities believe stemmed from road rage
Major crash blocks southbound lanes of I-45 in The Woodlands
Alvin votes no on 'sanctuary city for the unborn' ordinance
Opening of adult store in Missouri City on hold after zoning issues
Show More
TxDOT crews prepared as temperatures continue to drop
Burglar caught on camera hitting luxury apartment building
Digging into the process of rebranding Sugar Land Skeeters
Adele postpones Vegas residency due to COVID among crew
Man killed during attempted robbery of woman he met online, HPD says
More TOP STORIES News