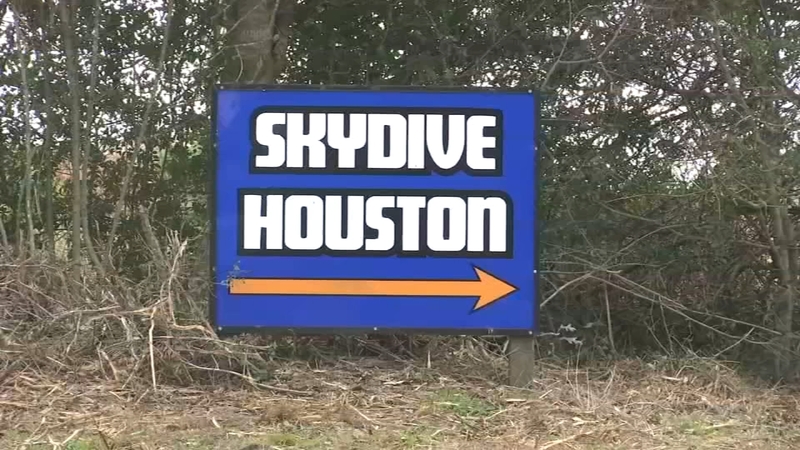 Witness says parachute spiraled out of control before fatal skydive

WALLER COUNTY, Texas (KTRK) -- The investigation continues into the skydiving accident that took the life of an instructor and left his student in critical condition.

"We're used to seeing skydivers. Nothing out of the norm," says Barton Davis.

Davis has lived in the area for nine years and says it's normal to see skydivers jumping from planes on Saturdays.

"You see the parachuters. They're out. They're coming down, and they're screaming because they have the adrenaline going," says Davis. "And you hear the planes overhead and everything, and it's just magical until something tragic like this happens."

Davis says he was in his backyard with his 21-year-old son when he noticed a parachute wasn't opening.

The peaceful open air was quickly interrupted by the sounds of helicopters and sirens.

Skydive Houston said a male instructor and a female student were severely injured during a tandem jump around 12:30 p.m. Saturday.

Investigators said his parachute did not open. Davis watched the tragedy unfold in horror and disbelief.

"We thought there were three people, but there was only two. Then the second chute came down and it had imploded like it never opened," Davis said.

"We went out back and in the field about four houses down, there were people just everywhere," said neighbor Rose Farris. "I was really afraid for them. Another lady and I, Ms. Davis, we were praying for everybody there at the scene."

Initial reports from the Waller County Sheriff's Office said the victims were non-responsive but breathing.

Officials with Skydive Houston said the instructor and student were flown to an area trauma center.

The instructor died Sunday. The student remains in critical condition. Their names have not been released.

Skydive Houston released a statement that they are "deeply saddened by the loss of our tandem instructor and friend. Our sincerest condolences are extended to his friends and family. We continue to pray for a full recovery for the injured tandem student."