EXCLUSIVE: Alleged gunman's stepmom: 'That's not who he was. I don't know what happened' 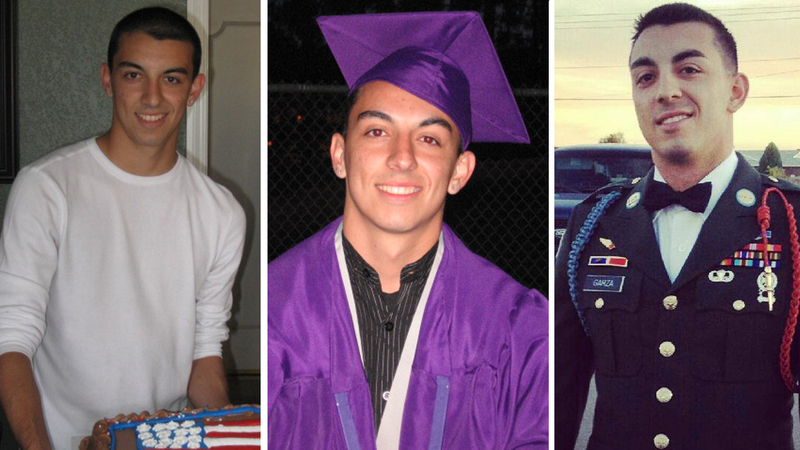 In a telephone conversation, Garza's stepmother described him as a good kid who was kind, respectful and wouldn't hurt a fly. According to her, he joined the military right out of high school. She says she last saw Garza at her home last week in California.

"He was a kind, loving, smart kid. He did two tours in Afghanistan. I think he was proud to be in the military, but I know he went through a lot," she said. "He was in the Airborne Infantry, I don't think he ever came back the same. He had lots of friends. He seemed happy."

She tells ABC News that the family is devastated.

"I can't help but to think about the other families affected by this. It just wasn't him. That's not who he was. I don't know what happened. But that's not who he was," she said. "I know he caused a lot of pain to a lot of people that were involved and we are truly sorry for that."

She also says she believes Garza was suffering from PTSD.

The shooting left two people dead, including Garza. In total, six people were injured and survived the horrific shooting. The victim who died in the shooting was identified as Eugene Linscomb, 56, according to the Harris County Medical Examiner's website.

Investigators say around 10:15am, the suspect walked up and started shooting. After the rampage, investigators say the gunman went into the neighborhood and fired a number of shots, wounding three people. They were sent to the hospital and are expected to be OK, but remain in the hospital.

Two deputy constables from Precinct 5 were shot. One man was shot in the hand, but was treated and released. Another was saved by his bullet-proof vest.

Police have not released a motive in the shooting.