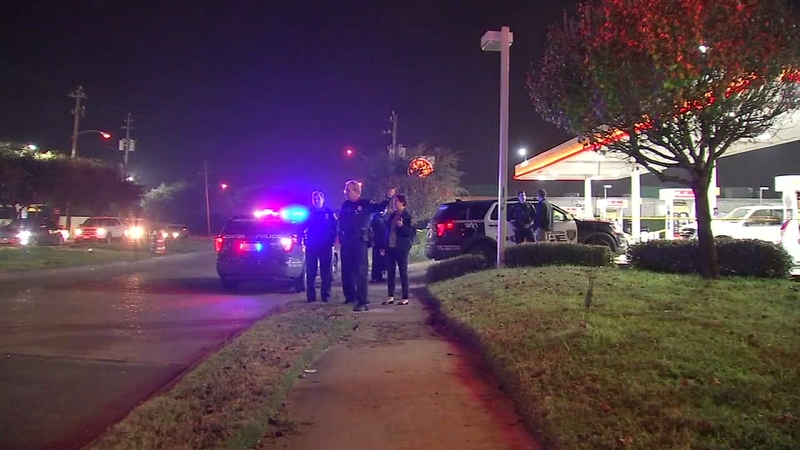 HOUSTON, Texas (KTRK) -- Police say a man acting erratically was trying to get into cars at the intersection of Almeda Road and West Fuqua on Christmas night.

Eyewitnesses say he succeeded at getting into a man's car at a gas station while the man was inside the store.

Dispatchers with Houston police received several calls of the man attempting to get into cars stopped at the light. Eyewitnesses say he was pulling on doors and in a couple of cases jumped the hood.

Police said there were similar reports of a man doing this Monday. Several people reported the man had a knife or some shiny object that flew out of his hand at the scene.

A Precinct 7 deputy constable who just happened to be driving by also assisted. The suspect was subdued by a Taser.

HPD believes the man was under the influence of narcotics. They say he was foaming at the mouth.

The man was taken to the hospital. We do not know what charges he may face.

An HPD officer has discharged his duty weapon at a suspect at the intersection of Almeda and West Fuqua at 5:30 this evening. The suspect was not struck and is in custody. The officer is not injured. A PIO is en route. Further details will be provided at the scene. #hounews