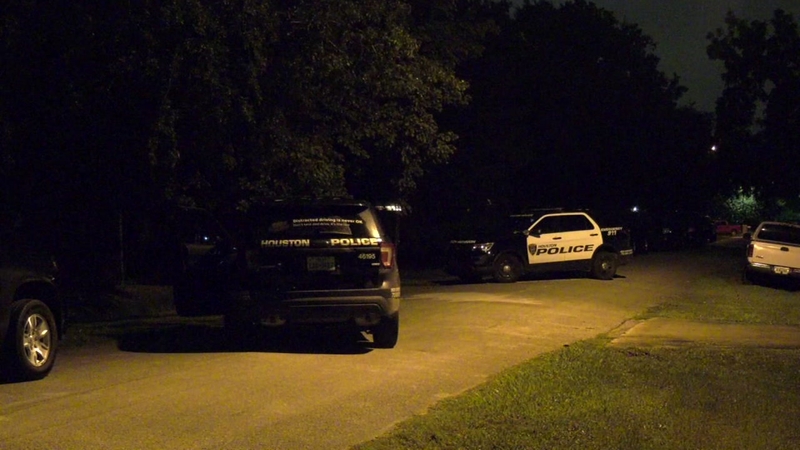 HUMBLE, Texas (KTRK) -- Three male suspects are now in custody after they barricaded themselves inside a home near Humble.

Houston police tweeted around 4 a.m. that their SWAT team responded to a situation involving three possibly armed men in the 6000 block of Boness Road.

According to officials, they received multiple calls in regards to three males firing shots at around 2:10 a.m., and then running inside a home.

Two men described to be in their early 20s were reportedly firing 50 rounds of ammunition into a tree, police say.

When officers arrived to the scene, they observed and then saw an older man walk out of the home with a pistol in his hand and that man did not obey officer commands and instead ran back inside the house.

While they were barricaded inside the home, threats were made to officers that the armed men were going to kill them and that's when the SWAT team arrived at 3 a.m.

"They were cussing the officers, telling them they were going to kill them," said Houston police's Captain Larry Baimbridge. "I think alcohol and stupid played a big part in this. There was enough alcohol in there to get 10 people drunk."

Two adults and three juveniles were inside the home at the time of the incident, but are now safe.

The suspects were taken into custody after negotiators were able to convince them to come out peacefully.