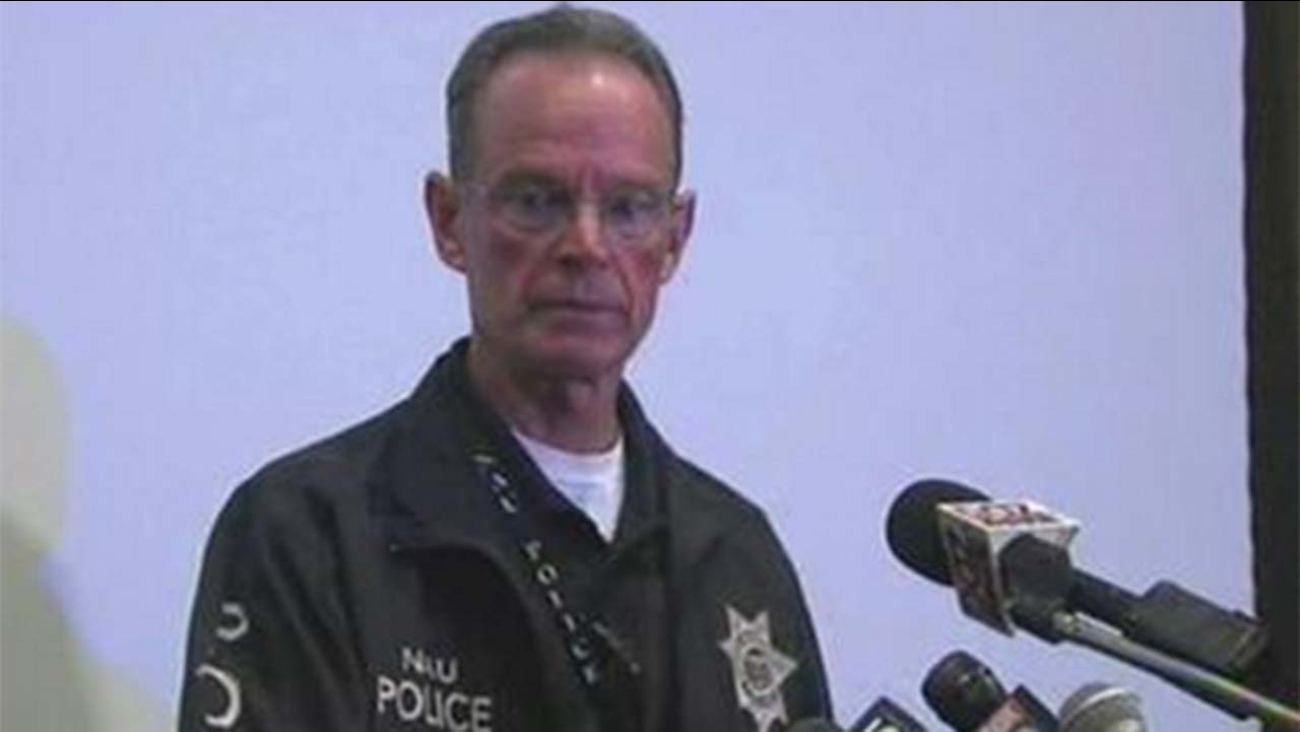 A police officer in Arizona speaks at a press conference about the shooting at Northern Arizona University. (KTRK)

FLAGSTAFF, AZ (KTRK) -- An early morning fight between two groups of students escalated into gunfire in the parking lot outside an Arizona university dormitory, leaving one person dead and three others wounded, authorities said Friday.

The parking lot where the shooting happened is just outside Mountain View Hall dormitory at the northeast side of the Flagstaff campus, said school public relations director Cindy Brown.

The dorm is home to many of the campus' sororities and fraternities, according to the school's website.

"This is not going to be a normal day at NAU," said school president Rita Cheng. "Our hearts are heavy."

Student Maria Gonzalez told The Associated Press that she at first suspected firecrackers.

"I was studying for an exam so I looked out the window and see two people running, and that's when I realized they weren't fireworks they were actually gunshots," she said.

The first police call about the gunfire came in at 1:20 a.m. PDT.

"How am I supposed to feel safe where I'm learning," Gonzalez said.

Brown said the wounded were taken to Flagstaff Medical Center, which said it couldn't release any information on conditions.

Both university and Flagstaff police are investigating.

The Flagstaff shooting comes on the same day that President Barack Obama is scheduled to visit Roseburg, Oregon, where eight students and a teacher were shot and killed last week at Umpqua Community College. The gunman in the Oregon shooting wounded nine others before turning the gun on himself.

NAU plays a major role in the northern Arizona city of Flagstaff.

The 4-year public university has more than 25,000 total undergraduates.

Keep checking back on this page to get real-time updates as this story unfolds. To get alerts for breaking news, download the ABC-13 news app for iPhone or Android. You can also get breaking news alerts sent to you by email.
Related topics:
arizonaschoolshootingu.s. & world
Copyright © 2022 KTRK-TV. All Rights Reserved.
TOP STORIES
How a penny-sized 'Glock switch' can turn a handgun into an automatic
Union Pacific addresses issue of stopped trains blocking roads
Daylight shows home destroyed after standoff with shooting suspect
What we know about man accused of shooting 3 HPD officers
Widow delivers heart-wrenching eulogy for NYPD detective
Suspect arrested after 30-minute chase ends on I-45 in Texas City
Rainy Monday and arctic cold front on the way after sunny weekend
Show More
5 people charged in connection with Pct. 5 corporal's murder
How many times can I reuse my N95 mask?
Decades after TV anchor disappears, convicted rapist denies connection
Driver dies after slamming into 18-wheeler's trailer on US-59
Woman shot in the shoulder during robbery set up in SW Houston
More TOP STORIES News