KTRK
HOUSTON, Texas (KTRK) -- A cavalry of firefighters and response crews had to go into defensive mode as they battled a massive fire at a southwest Houston business that went to three alarms and destroyed an HFD ladder truck.

Explosions continued to erupt hours after the fire broke out some time before 10:30 a.m. Friday in the 7800 block of Westpark Drive near Hillcroft.

A Shelter-in-Place order was issued for residents in the area bordered by Westheimer, Hillcroft, Harwin, and Gessner. The order was lifted just before 5 p.m. Officials cautioned people nearby may continue to see smoke until the fire is fully extinguished.

Two firefighters were also sent to Memorial Hermann hospital for evaluation of heat exhaustion. They were stable, HFD said.

Alert Houston: A Shelter in Place in Southwest Houston has been Lifted. People in the area may continue to see smoke until the fire is fully extinguished. https://t.co/BEUtkmO1nB 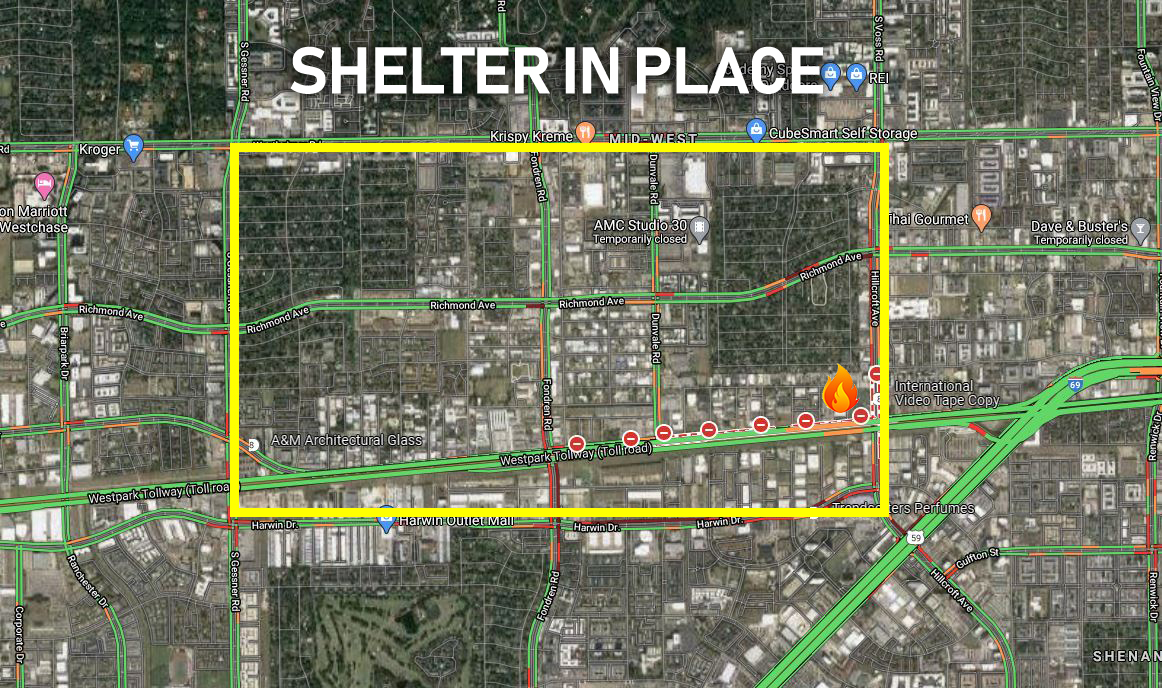 Crews sprayed water from above with ladder trucks and on the ground with engine crews for the first few hours before turning off the hoses due to environmental concerns about the runoff, according to Houston Fire Chief Samuel Pena.

HFD's hazardous materials response teams and arson investigators were also on the scene.

Sodium hydroxide and alcohol were identified inside the building, according to Assistant Fire Chief Justin Wells.

Sodium Hydroxide, also known as lye and caustic soda, a compound that can cause severe chemical burns. It's used in soaps, textiles, drain cleaner, pulp, and drinking water.

A stream of blue liquid could be seen running off from the building, which was identified as a salon and spa wholesale business.

The fire continued to burn and spread to other parts of the 35,000 square foot building, which caused the explosions as HFD monitored its progress.

SkyEye's Don Armstrong is over the business at Westpark near Hillcroft as flames continued to erupt.

Crews planned to monitor the fire's progress and would make another plan of attack if more structures were threatened, Pena said in an afternoon briefing.

Ladder 28's truck was destroyed when it was exposed to the fire, HFD officials said. It ignited about an hour after the first call.just before 11:30 a.m.

Traffic along Westpark Drive was diverted due to the large presence of rescue crews and equipment.