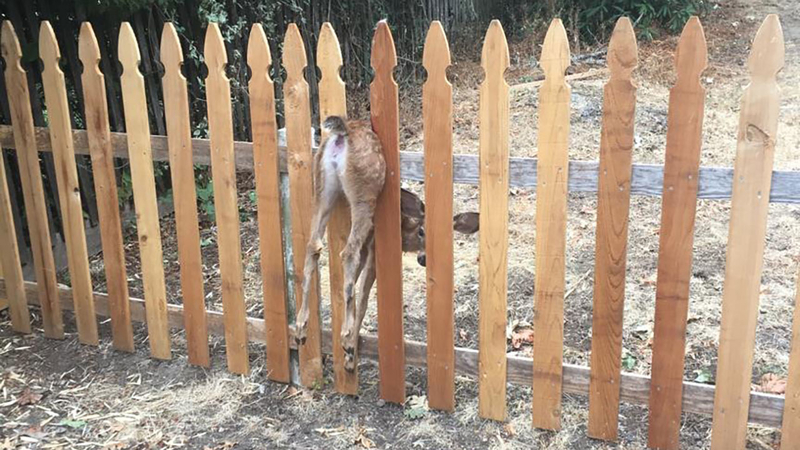 EUGENE, Ore. -- A deer that became lodged between fence posts is now free thanks to an Oregon animal welfare officer.

Officer Shawni McLaughlin was called to a home in the 200 block of 31st Ave. in Eugene, Oregon, on Thursday afternoon. Footage from McLaughlin's body camera showed the fawn with its torso trapped as though it had unsuccessfully attempted to jump over the fence.

Though the animal appeared to panic as McLaughlin approached, it quickly calmed down and McLaughlin was able to place a blanket over the fawn's face for protection.

"Hey, buddy, I know you're scared. It's okay," McLaughlin can be heard reassuring the animal as she wrapped the front of its body.

McLaughlin carefully lifted the fawn off of the fence and placed it on the ground. After McLaughlin rubbed its hind legs and belly, the fawn ran off, seemingly unharmed.