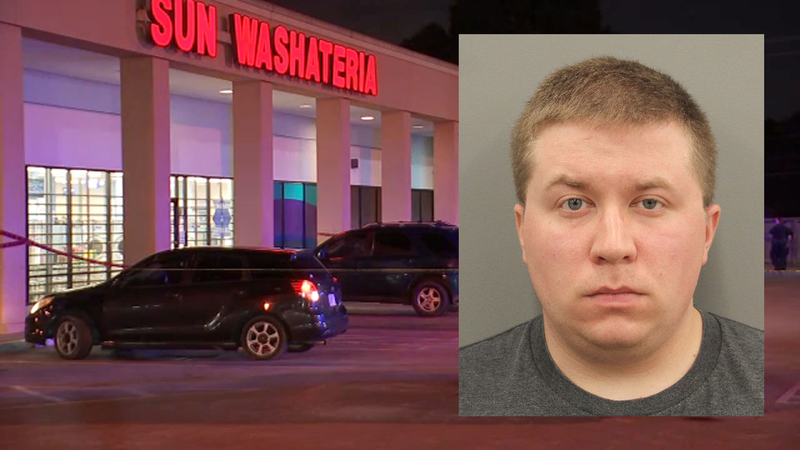 Security guard charged with murder of man he shot outside washateria: police

HOUSTON, Texas (KTRK) -- A security guard has been charged with murder after he shot and killed a man outside a washateria in southeast Houston, police say.

The shooting happened Tuesday night around 9 outside the Sun Washateria on Broadway and Bellfort.

Police said the guard, 27-year-old Lance Tyler Campbell, spotted the 60-year-old man, who he allegedly confronted the night before, digging through the dumpster and throwing trash out in the parking lot.

The security guard told police that he felt threatened when the man became aggressive and started walking toward him. That's when the guard shot him in the chest.

After further investigation, officers determined that what Campbell told them was inconsistent with other evidence they collected from the scene.