SEC tells Mississippi it has to change its flag 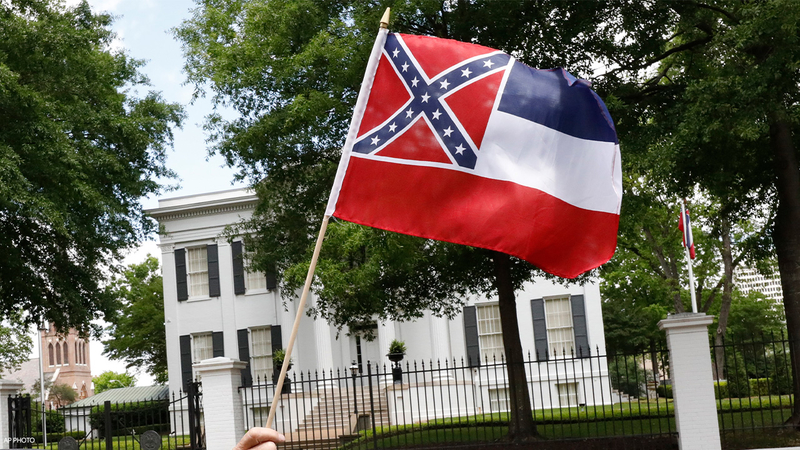 SEC tells Mississippi it has to change its flag

SEC commissioner Greg Sankey threatened to not host any future conference championship events in Mississippi until the state changes its flag.

Mississippi is the only state that still has the Confederate symbol -- a blue cross with 13 stars -- on its flag.

"It is past time for change to be made to the flag of the State of Mississippi," Sankey said in a statement. "Our students deserve an opportunity to learn and compete in environments that are inclusive and welcoming to all.

"In the event there is no change, there will be consideration of precluding Southeastern Conference championship events from being conducted in the State of Mississippi until the flag is changed."

The SEC last ran a championship event in Mississippi in May 2016, when Mississippi State hosted the softball tournament in Starkville. The NCAA already banned any of its predetermined postseason events from being held in Mississippi because of the flag.

In 2001, Mississippians voted in a referendum to keep the current flag. But this week, in the wake of nationwide protests against racism, Mississippi legislators again proposed a bill that would remove the Confederate symbol from the flag.

"Clearly, the current national climate is such that this debate may produce unintended consequences for our student athletes here at Mississippi State University and those at the University of Mississippi," Keenum said in the statement, adding that there could be a negative economic impact to keeping the current state flag.

"Since 2015, our Student Association, Robert Holland Faculty Senate and university administration have been firmly on record in support of changing the state flag," Keenum continued. "I have reiterated that view to our state's leaders on multiple occasions, including during face-to-face discussions in recent days and hours. On June 12, I wrote to the governor, lieutenant governor and speaker of the Mississippi House reaffirming that support. The letter said, in part, that our flag should be unifying, not a symbol that divides us. I emphasized that it is time for a renewed, respectful debate on this issue."

"The University of Mississippi community concluded years ago that the Confederate battle flag did not represent many of our core values, such as civility and respect for others," the statement said. "In 2016, the university stopped flying the state flag over our campus. Mississippi needs a flag that represents the qualities of our state that unite us, not those that still divide us. We support the SEC's position for changing the Mississippi State flag to an image that is more welcoming and inclusive for all people."

Conference USA, home to Southern Miss, also said Thursday night that it will review its championship hosting policies "in order to ensure we provide environments that align with our continued mission to support and protect our student-athletes."

Commissioner Judy MacLeod's statement didn't specify Mississippi or the flag but did note "symbols and individuals that represent horrific injustices of the past."