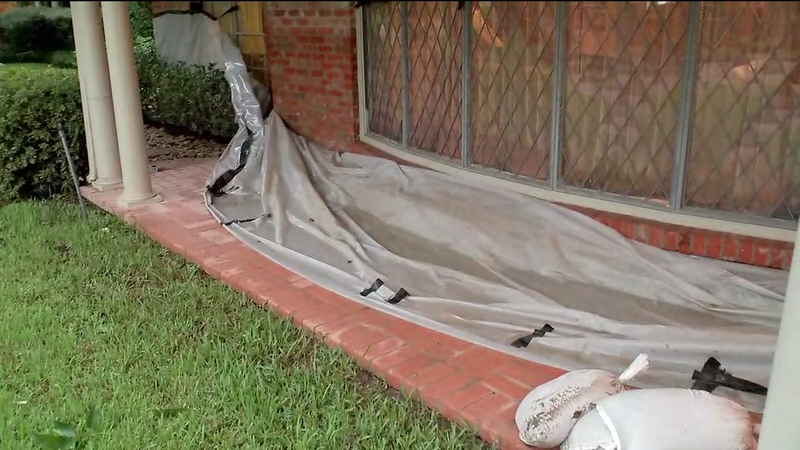 HOUSTON, Texas (KTRK) -- A once-in-lifetime flood has hit Kristin Massey's Meyerland home three times in two years despite 18,000 pounds of sandbags she had ready to try to stop Harvey's flooding from getting through.

ABC13 spoke to Massey on Friday as she finished the sandbag, plastic tarp and adhesive barrier around her 60-year-old home that she and her family have lived in since 2015.

As Harvey came in and the water rose, they realized their barrier was no match for the several feet of raging water moving down their street

As they moved to the attic, they heard on television about the danger of becoming trapped in enclosed spaces so they climbed inside the boat a neighbor loaned them as a back up plan, and they rowed away from their home as it flooded yet again.

"We moved here for the school and now it's flooded, too," she said.

Now, they're uncertain what to do. Raising the house would cost hundreds of thousands of dollars but Massey said there's no way she's putting her kindergartener through this devastation again.