'She left her footprint of faith': Family hopes to help others after Deer Park teen's death 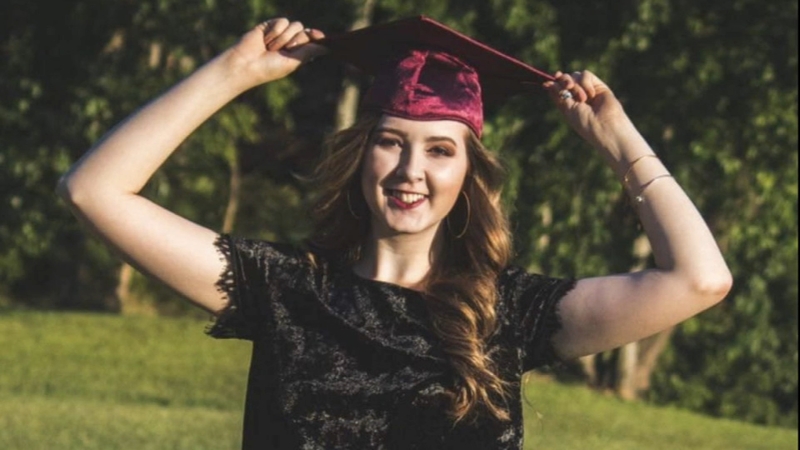 Family hopes to help others after teen's death

DEER PARK, Texas (KTRK) -- She was fearless, ambitious and an angel on earth.

"Everyone that met her loved her," said Kellie Guidry.

"Everywhere she went in Washington, she left her footprint of faith," said mother Melissa Davis.

In just two months, Katelyn Davis touched the lives of so many people while doing an internship at the Washington Times.

"We knew that she was strong in her faith, but we didn't realize how strong until we started seeing the results of what she had done," Kevin Davis said.

At a very young age, Katelyn knew she wanted to captivate an audience, whether it was through reading her stories or on the sidelines as a sports reporter. Katelyn wanted to rise to the top and nothing was going to stop her.

"She was a good example of not ever letting her seizures hold her back," said her sister Julia Davis.

Katelyn suffered from severe epileptic seizures. She'd already undergone four brain surgeries and about six months ago, her doctor gave her some alarming news: there was a possibility that she could have a seizure in her sleep and never wake up from it.

However, Katelyn's faith was so strong.

"She said, 'It's okay, I walk right now with one hand with God and if he decides it's my time, then I will take him by the other hand and it's going to be okay," recalls Katelyn's mom.

"Of course, we all recognized the possibility, but by no means was it going to happen to us," her father said.

During Katelyn's summer internship in Washington, she got to live her dream as a sports reporter, gaining people's love and trust with her southern charm. So much so that National's third baseman who "never gives interviews" broke his rule and gave Katelyn a shot.

"When that happened, (other reporters) were all gathering around like, 'This girl, what's her name?'" Mrs. Davis said.

Her family never imagined that days before her internship would be over, more people from all over would also know her name.

"When they went in to wake her up, she had a seizure in her sleep," Mrs. Davis said crying. "It was too late."

Katelyn Davis' name was trending on Twitter the day of her passing. The family met so many people in Washington who shared Katelyn stories. However, when they returned home from Washington, reality set in and the pain became so real.

"If I could just hug her, that's all, I just want to feel her," her sister said.

The family is now on a mission to help Katelyn fulfill another goal and help others with epilepsy.

"There will be a foundation in her honor," said her mother.

Any money left over from her GoFundMe will help them get started.

"We're so proud of her, she got to live what she dreamed of doing," her dad said.