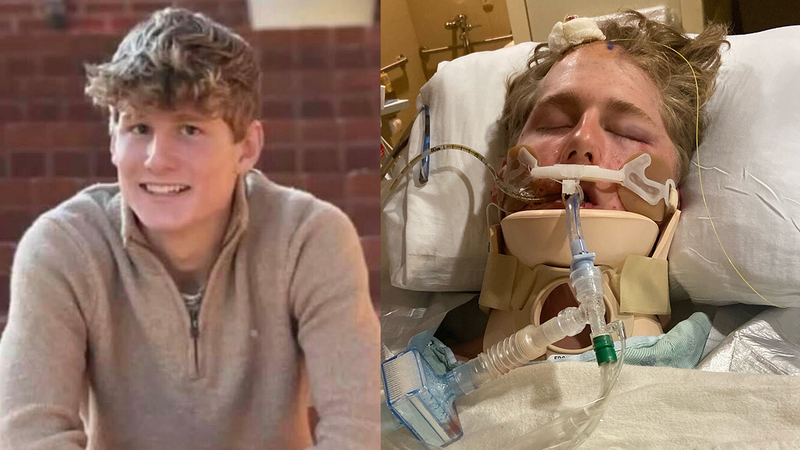 KATY, Texas (KTRK) -- A Katy 17-year-old who has been fighting for his life in ICU after a serious weekend crash is making big strides in his recovery.

In an update issued by the parents of Samuel "Sam" Mills on New Year's Eve, the teen is now successfully listening to commands and attempting to breathe on his own.

"[Doctors] are reducing sedation slowly so he needs constant supervision," read an update posted on Facebook. "A lot of activity! So hard as far as seeing and watching him struggle and fight."

A video shows Sam attempting to move his fingers as a nurse helps him.

Last week, the public information officer for the Fort Bend County Sheriff's Office Jessica Reyes told ABC13 the crash was reported as a one-car rollover at the Katy-Flewellen Road and Spring Green roundabout.

She said Sam's car rolled over at least twice.

A Facebook page has been created by loved ones in an effort to track and update supporters of Sam on his recovery.

The Chick-fil-A of Katy Mills has also been posting updates on Sam via their Instagram page.