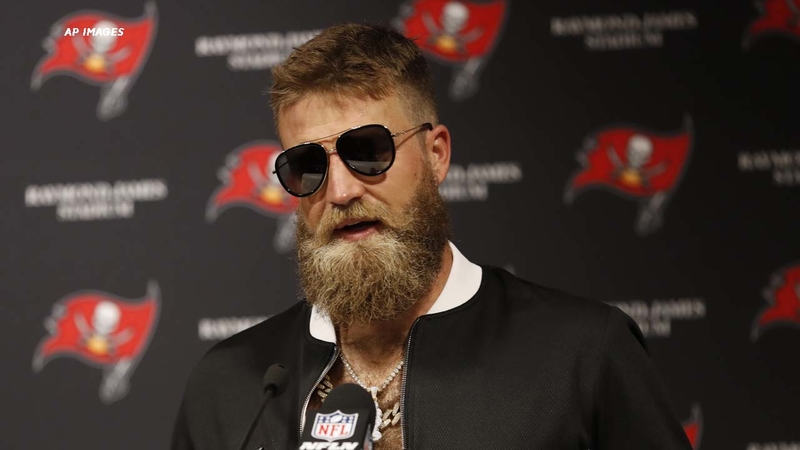 TAMPA, Florida (KTRK) -- Ryan Fitzpatrick, once a Houston Texans starting quarterback, is now stealing the show, not just for his performance on the field, but for his flashy look after the game.

Fitzpatrick, who is currently in at quarterback for the Tampa Bay Buccaneers, has shined on the gridiron for two weeks.

True, it's early in the NFL season, but on Sunday, he threw for four touchdowns, helping lift his team to a 27-21 win over the reigning Super Bowl champion Philadelphia Eagles.

Fitzpatrick also threw for over 400 yards, so naturally he wanted to celebrate in style.

Fitzpatrick, who's rocking a thick beard, showed up to the postgame conference in aviators, gold chains, and what appears to be a black and white tracksuit.

In case you were wondering, his jacket was open, exposing his chest.

Fitzpatrick couldn't take credit for the getup, though. He admitted the outfit belonged to teammate DeSean Jackson.

"The chest hair is mine," Fitzpatrick quipped to reporters when asked if any part of the garb was his.