District attorney investigating 'Rust' movie-set shooting: 'We do not have any proof' of sabotage

When pressed if she thought sabotage was a possibility, Mary Carmack-Altwies said "no."
ABCNews
By GMA Team 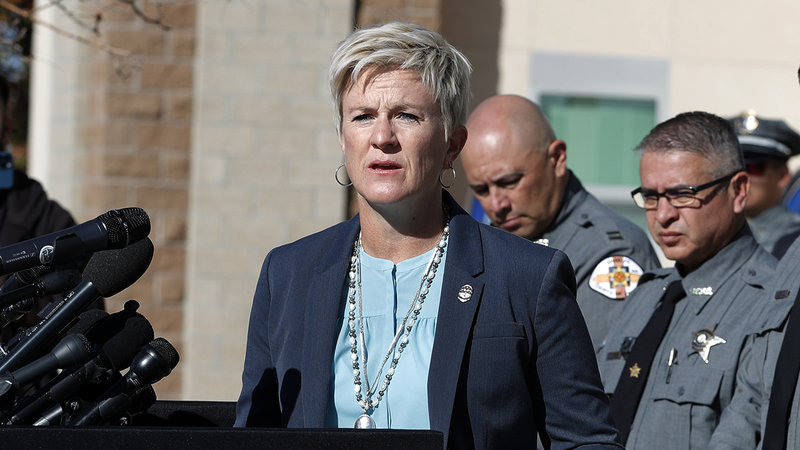 SANTA FE, N.M. -- The Santa Fe district attorney who is leading the investigation into the "Rust" film set shooting involving Alec Baldwin discredited sabotage theories purported by attorneys hired to defend crew members at the center of this investigation and weighed in on the possibility of criminal charges in an exclusive interview.

"I know that some defense attorneys have come up with conspiracy theories and have used the word 'sabotage.' We do not have any proof," Mary Carmack-Altwies, the Santa Fe district attorney, said in an exclusive interview with ABC News.

When pressed if she thought sabotage was a possibility, Carmack-Altwies said "no."

Carmack-Altwies, who is deciding whether to press charges after that fatal incident, added: "Prosecutors have to deal in facts and in evidence."

When asked how live ammunition ended up on the set, Carmack-Altwies said, "We don't have an answer to that yet."

On Oct. 21, Baldwin discharged an antique revolver during a dress rehearsal for the Western, killing the film's cinematographer, Halyna Hutchins, and wounding its director, Joel Souza.

Hutchins, 42, was struck in the chest and died after being airlifted to a hospital.

Earlier this month, Jason Bowles, an attorney for the film's armorer, spoke on "Good Morning America," raised the idea of sabotage, saying, "We're afraid that could have been what happened here, that somebody intended to sabotage this set with a live round intentionally placed in a box of dummies."

Carmack-Altwies said there would "certainly" be "a higher level of murder charge than we would potentially be looking at with the facts that we have now" if investigators determined sabotage occurred.

"The defense attorneys, we don't have the same information that they do," she added. "But until we have it in our hands, it doesn't play into the decision-making process."

'So many levels of failure on set'

"I think the most concerning thing is that there were so many levels of failures on that set," she said.

"We still don't know how they got on the set," she said of the live rounds. "And how they got there I think will be one of the most important factors going into a charging decision."

Investigators said that there was "some complacency" in how weapons were handled on the "Rust" movie set before the fatal shooting.

Carmack-Altwies continued, "It's probably more important to focus on what led up to the shooting. Because the moment of the shooting we know that at least Mr. Baldwin had no idea that the gun was loaded. So it's more how did that gun get loaded? What levels of failure happened? And were those levels of failure criminal?"

As for armorer Hannah Gutierrez Reed's qualifications, Carmack-Altwies said, "That's one of the areas of inquiry that we are certainly pursuing."

Carmack-Altwies declined to say who investigators believe loaded the gun. She did discuss the question of chain of custody of the weapon as to who handled it though. According to a search warrant affidavit, the assistant director, Dave Halls, handed the gun to Alec Baldwin. An attorney for Halls told Fox News he did not.

"In the affidavits, it states that my client grabbed the gun off of a prop cart and handed it to Baldwin. That absolutely did not happen," Halls said on Fox News.

Carmack-Altwies reiterated her belief that Halls handed the gun to Baldwin. "That does seem to be the case," she said.

Authorities said nearly 100 people were on the New Mexico set when the shooting occurred and more than half have already been interviewed.

"Everyone initially was very cooperative," Carmack-Altwies said. "But adding in attorneys adds in an extra level of complication -- we don't have laws that have been written for this kind of incident."

She added that there is certainly no precedent for a case like this in New Mexico.

Carmack-Altwies said she is "absolutely" prepared to press criminal charges. She warns it could be months more before she can determine if anyone is criminally liable.