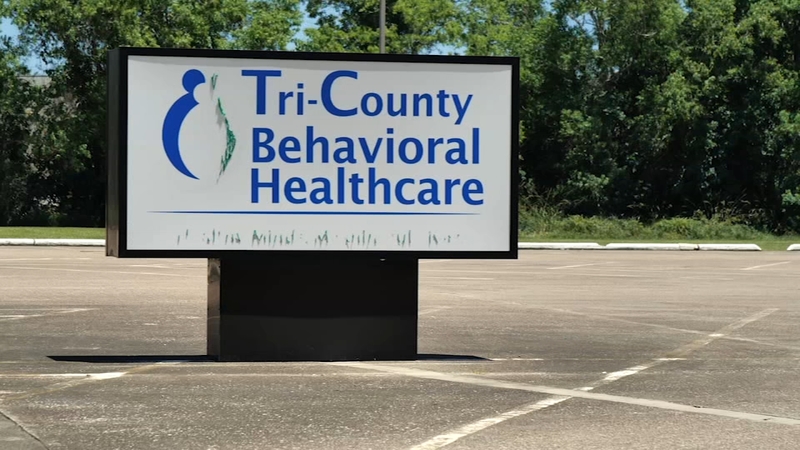 But, the 25-bed community hospital about 50 miles northeast of Houston isn't set up to provide long-term mental health care to patients, so the nurses and doctors start looking for providers.

A few hours pass, and then a day.

Kristine Gerlich, chief nursing officer at the medical center in Liberty, said it usually takes at least 24 hours, and sometimes up to 72 hours, before they can connect a patient with mental health services.

Once the patient is stabilized, though, Gerlich said they often come back to the hospital for another mental health crisis.

"The mental health system is broken," she said. "In rural counties, the care is not there. It's lacking. You don't have enough providers per population. They end up going to the ER for mental health help."

After Tuesday's mass shooting that killed 19 children and two teachers at Robb Elementary School, Texas Gov. Greg Abbott didn't bring up gun access. Instead, he said community leaders and deputies in Uvalde told him mental health was their focus.

"(They said), 'We have a problem with mental health illness in this community,' and then they elaborated on the magnitude of the mental health challenges that they're facing in the community and the need for more mental health support in this region," Abbott said.

But, the shooting - just like the ones before it - has spurred a nationwide debate on gun access.

13 Investigates found that 3.8 million people live in Texas counties where there's more access to guns than mental health services. At least 1,500 counties in the U.S. have more firearm dealers than mental health providers, according to an ABC Owned Television Stations analysis of federal data.

In Texas, 173 of the state's 254 counties have more gun dealers than mental health providers, including Uvalde County.

"It's very sad that it takes this tragedy, this awful evil to bring this to light in the public's eyes, but I will say, behind the scenes, there are a lot of people that are working to try to improve it," Larry MacNeil, community and partnership liaison at Liberty Dayton Regional Medical Center said. "It just feels like it's one of those one step forward, two steps back when it comes to trying to get this system to work."

INTERACTIVE: Search the map below to see how many providers are in your county. Red indicates more gun dealers than mental health providers in that county. On mobile device? Click here for a full screen experience.

Hope Brown, of New Home New Liberty Counseling, said the lack of providers makes it harder for residents to get mental health treatment.

"To attend an in-person therapy session often requires leaving Liberty County for a drive of 30 to 45 minutes each way. That means someone has to take about three hours out of their day for an appointment. Not many can take off work for that amount of time on a regular basis," Brown said. "While telehealth options are increasing, many in rural areas still prefer face-to-face or they might have problems with access to online options."

She said Medicare also only pays for patients to see a licensed social worker or a licensed psychologist, not a licensed counselor, which adds to the difficulty in getting help.

"While there are very few licensed counselors in Liberty County, I'm not aware of any licensed psychologists," she said. "As a Licensed Professional Counselor, I have had to turn away many senior citizens because their insurance won't allow them to see me and they can't afford to pay out of pocket."

To become a Licensed Professional Counselor in Texas requires an individual to complete at least 1,500 hours of supervised direct counseling practice, at least 3,000 hours of supervised practice, the completion of a Texas Jurisprudence Examination as well as submit paperwork and an application fee, according to the Texas State Board of Examiners of Professional Counselors.

Getting a license to sell firearms requires just an interview, background check, and a $200 fee.

This week, Texas Speaker of the House Dade Phelan said when the Legislature reconvenes, lawmakers will have a "very robust discussion about mental health like we always have and will continue to support mental health in this state and especially rural mental health."

But MacNeil said funding is drying up in both rural and urban areas, creating a "broken" system.

Gerlich said her center does rely on the government-funded Tri-County Behavioral Healthcare, which serves Montgomery, Walker and Liberty Counties, to help find placements for patients who need mental healthcare.

Still, Evan Roberson, executive director of Tri-County Behavioral Healthcare, said despite any investments from the state in mental health funding, it is still difficult to keep up with the region's growth and need for more services amid the pandemic.

He said about 30% of the 460 jobs at Tri-County are vacant. All but a few of the 147 job vacancies are healthcare positions.

Tri-County screens about 5,000 adults and children annually at the Psychiatric Emergency Treatment Center in Conroe.

"This year, nearly 30% of the persons we have screened have been children and youth," Roberson said.

In the rural town of Liberty, Gerlich said she will continue working to connect patients with mental health crises with providers, but worries about what might happen if the "broken" system doesn't get fixed.

"Although we can treat them, (mental health is) not our specialty, so we do what we can for them, but it's not enough," she said. "It's hard to put that in words. It really is because our hearts break. We're human. Our hearts break for that patient, their family, but we can only do so much because that system is just - it's not a good system right now."

John Kelly and Maggie Green contributed to this report.