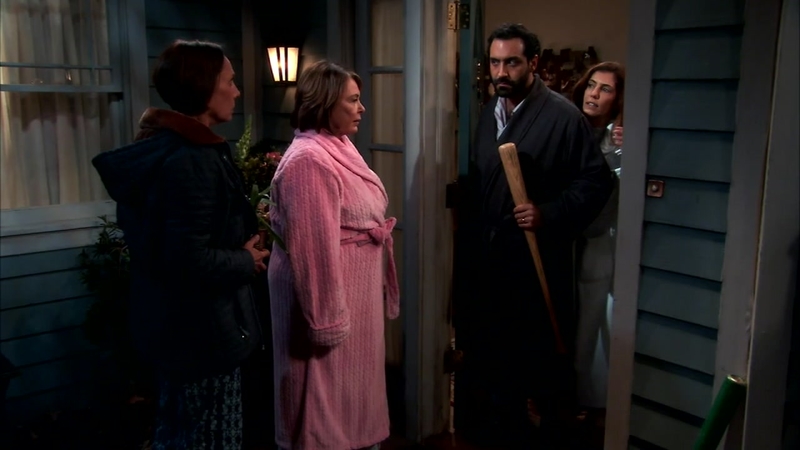 It's a classic 'Roseanne' move - using comedy to highlight a hot button topic.

"Jackie, you can't just stand on the front porch staring at your Muslim neighbors. It's so obvious you're spying on them."

In a recent episode, the sitcom tackled bias, with character Roseanne Conner spying on her new neighbors who happen to be Muslim, convinced they're terrorists.

But she's forced to confront her prejudices when she needs a favor.

The episode made some viewers uncomfortable before it even aired, as they took to Twitter to voice their displeasure. Others saw the show as an opening to look at bias and learn from it.

The Council on American-Islamic Relations national executive director tweeted that he laughed and was moved by the episode. "I appreciate Roseanne's recognition of rising Islamophobia in the U.S. It impacts American Muslim families and children."

Just watched it. I laughed and was moved as well.

I appreciate .@therealroseanne's
recognition of rising Islamophobia in the US. #Islamophobia is real. It impacts American Muslim families and children. #Roseanne#CAIR pic.twitter.com/2e2holBGid

The show's co-executive producer says it was Roseanne Barr herself who came up with the idea, hoping to teach tolerance and compassion. Barr seemed to be bracing for a backlash before the show, tweeting, "I like to do TV episodes about real issues and real people. That's what I do."

"I don't think about, 'Oh how can I break any new territory,'" Barr said. "I just thought that it would be really relevant for a show about immigrants and prejudice, so we find a way to cut to the humanity of each other, and I like that for my show."