RECRUIT SCOOP: Northside's Holmes a true diamond in the rough 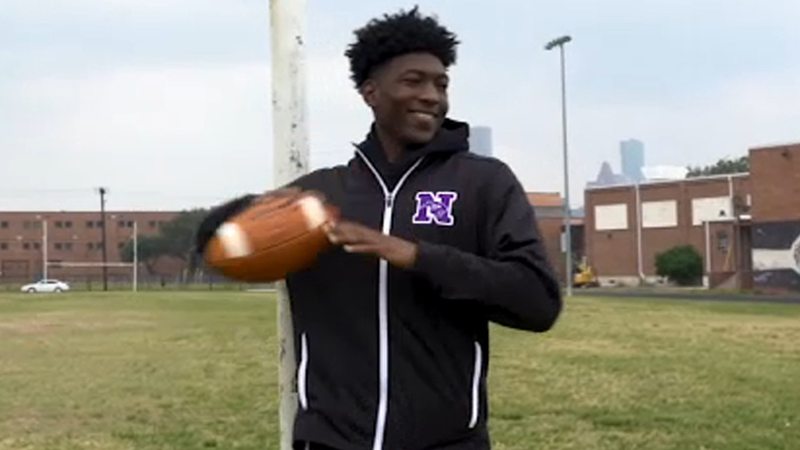 HOUSTON, Texas -- You have to root for Ronald Holmes.

The 6-foot-4, dual-sport athlete landed in Houston's Third-Ward and enrolled at Northside High School,a school that lost a national-record 80 straight games in the late 1980s to early 90s.

From the New Orleans Ninth Ward, Holmes' game is a smooth as his thick accent and he is single-handedly putting the Panthers on the map.

On the football field, the junior threw for 2,600 yards and 25 touchdowns, while running for another 1,200 yards and 13 TDs. He almost led the Panthers to the postseason in a district with powers like FB Marshall, Manvel and Willowridge.

He's a beast on the hardwood as well. Holmes led Northside to their first hoop playoff appearance in decades last year.

Holmes is the big man on campus: He is Mr. HISD.

And with the recruiting process getting ready to heat up for the next class of 2021, Holmes is one of the state's biggest diamonds in the rough.