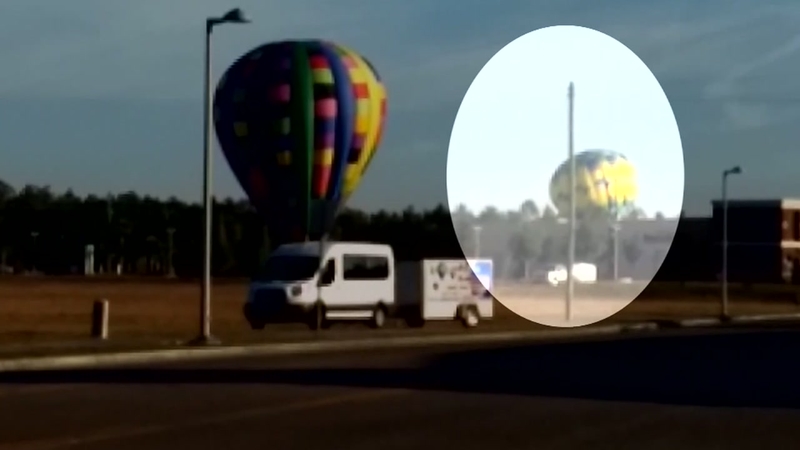 TAMPA, Florida (KTRK) -- A Florida couple had a nightmare ending to their anniversary when the hot air balloon they were riding in crashed into power lines and fell to the ground.

Hector Vega says they took the balloon ride to celebrate their anniversary.

He says he warned the balloon pilot, Michael Braun, that they were getting too close to power lines but says Braun responded that they would miss the lines.

Instead, they hit the power lines and suddenly sparks rained down on the them, burning Mr. Vega's neck and back.

He was taken to the hospital to be treated. His wife was shaken up but unharmed.

The Vegas say they haven't heard from the balloon company since the accident. They now plan to sue.