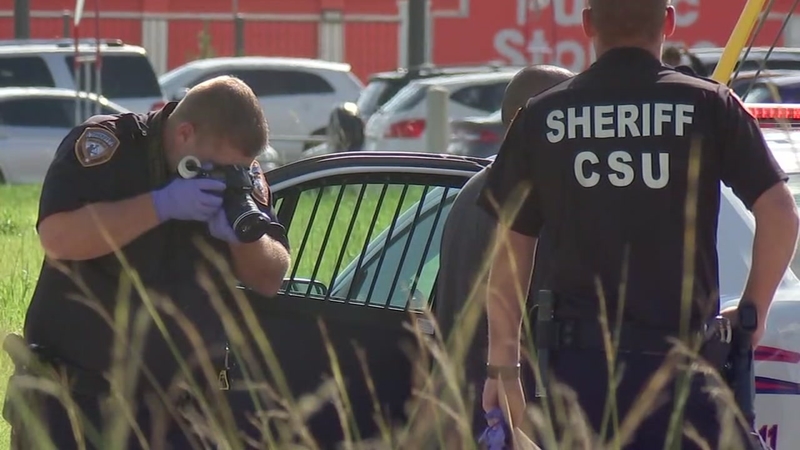 Man who fired shots at what he thought was a bank robber speaks out.

HOUSTON, Texas (KTRK) -- A day after he was questioned by authorities, the man who opened fire during what he thought was a bank heist is telling his side of the story, specifically to clear his name.

The man says he was getting money out of the ATM at the back of the Capitol One bank in the 21000 block of Aldine Wesfield when he saw what he thought was a crime.

"When I was getting money out of the ATM, I see this Hispanic guy come out, and he drops a big wad of money, so I think he's robbing the bank. Then the white guy comes out, and I thought he was shot, he was screaming, 'He got my wife, he got my wife,'" said the man, who did not want to be identified.

Instantly, the man ran after who he thought was a bank robber, and fired his gun several times.

Rolex watch sale goes wrong at Humble bank, and thief gets shot in the back by gun-toting stranger
EMBED More News Videos

A would-be watch sale ended in gunfire in Humble.

The man got away, but he was no bank robber at all. Instead, sheriff's investigators say another man was trying to sell a Rolex to a buyer he met on Craigslist.

That buyer then took the Rolex, which may not have been real, without paying. The would-be good Samaritan misread the whole situation.

"I thought he shot a woman," said the man.

Authorities say the man was yelling "My watch," not "My wife."

A day later, nobody has been charged with any crime and the good Samaritan says he's done trying to help.

When asked if he regretted trying to help, he answered, "Yeah, because they took my gun, and I have to wait two or three weeks to get it back, if I get it back."