HOUSTON, Texas (KTRK) -- Hours before RodeoHouston is set to announce its 2020 concert lineup, a calendar featuring performers has started to float around online.

It's not confirmed if the calendar, which looks a lot like the one the rodeo normally uses to announce its entertainers, is real.

However, it does match the genre lineup that was revealed on Dec. 4. The rumored lineup even leaves blank spaces for the Friday entertainers, who won't be announced tonight with the rest of the performers.

Instead, the three Friday entertainers will be announced on Tuesday, Feb. 4.

Some of the artists featured on the rumored lineup include Willie Nelson, Becky G, Maren Morris, K-pop group NCT 127, Gwen Stefani and Khalid, along with rodeo regulars like Chris Young, Luke Bryan and Chris Stapleton. 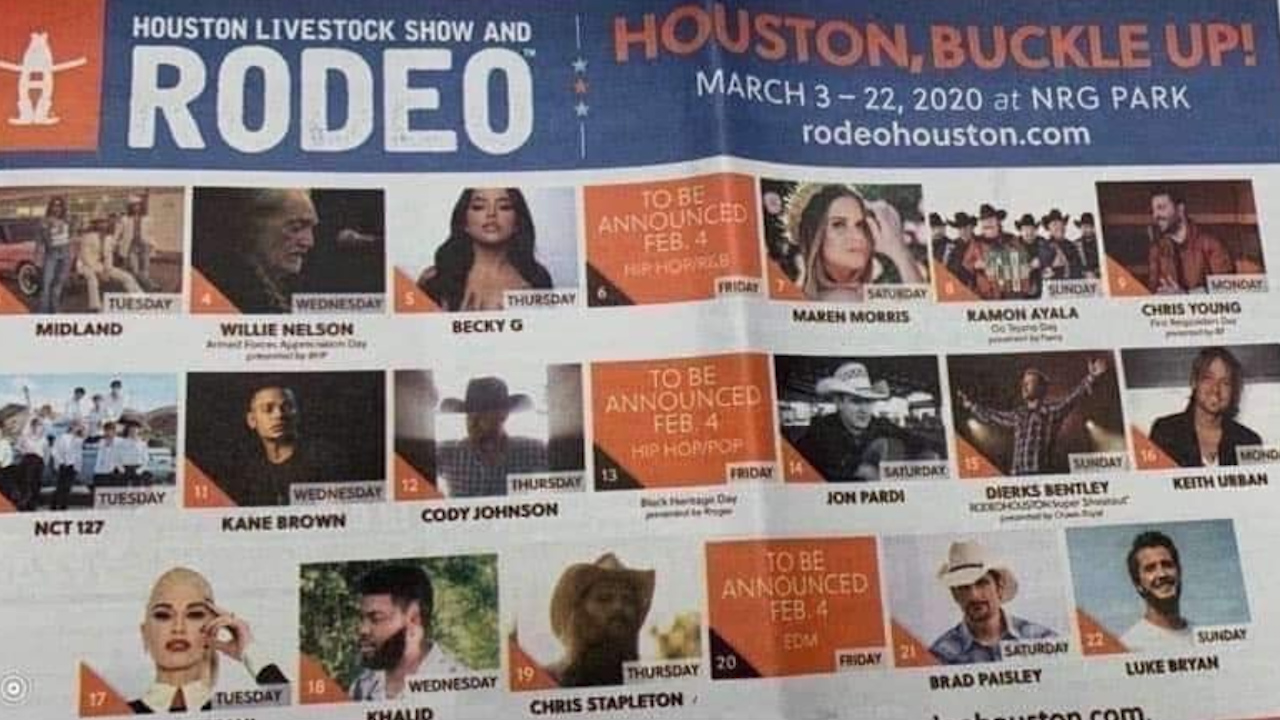 If it's true this is the lineup, this will be the second consecutive year that it's been leaked.

Last year, a calendar came out featuring Cardi B, Brooks & Dunn, Los Tigres del Norte and more, and it turned out to be accurate.

ABC13 reached out to the rodeo for comment and received the following statement:

There are several lineups that have been shared on social media. We are excited to unveil the official 2020 RODEOHOUSTON lineup tonight.

Keep watching to see if the lineup holds up!