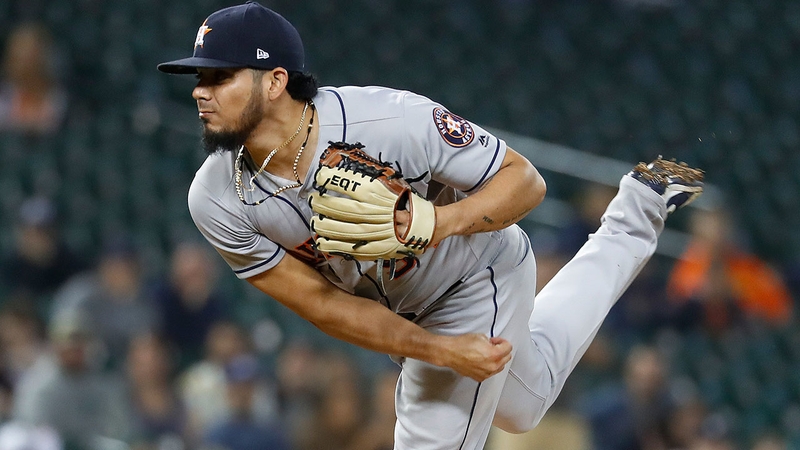 CLEVELAND, Ohio (KTRK) -- Heckling is common in sports, but an Indians fan appears to have crossed the line.

During Game 3 of the ALDS in Cleveland, a fan near Houston's bullpen began heckling Astros pitcher Roberto Osuna as the team watched Lance McCullers Jr. warm up.


In a video from TMZ Sports, while Osuna kept to himself during the barrage, Astros reliever Ryan Pressly confronted the fan to get him to stop.

Warning: This video contains language not suitable for all audiences
While Pressly's attempt to play the role of peacemaker was unsuccessful, Osuna seemed to appreciate his teammates coming to his defense so quickly.