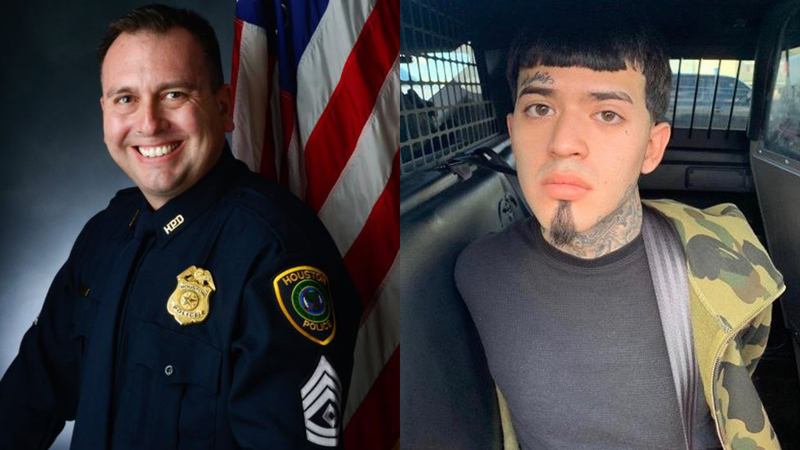 HOUSTON, Texas (KTRK) -- The man accused of shooting and killing Houston Police Sgt. Sean Rios has been released on a $750,000 bond.

Robert Soliz, 24, was arrested just 24 hours after the shooting death of Sgt. Rios in November 2020. He was arrested during a traffic stop on the Katy Freeway.

Soliz, who was charged with murder, has a history of arrests dating back to 2014.

Records show Soliz was arrested several times, with charges that range from having marijuana on him to evading arrest and criminal trespass. In 2017, Soliz was accused of threatening his girlfriend at the time with murder.

His most recent arrest was in 2020. According to court records obtained by Eyewitness News, Soliz was out on bond for unlawfully carrying a weapon in a motor vehicle on Feb. 15 when he was arrested. He was given a $100 bail for that charge.

His next court date is scheduled for Tuesday, March 23.