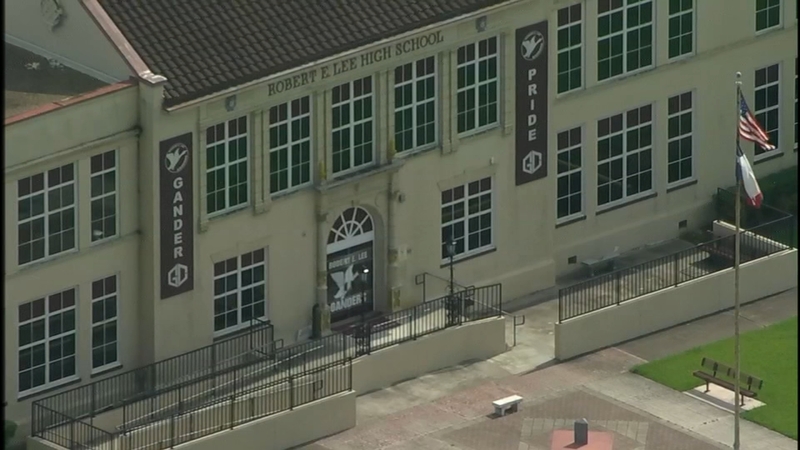 A facility names committee, formed last fall, recommended not to change it after results from a survey sent to the community showed an overwhelming majority of respondents didn't want the name changed.

The board initially voted 4-3 last fall not to change the name. That's when the committee was formed to look further into the matter.

WATCH: Here's a look at the virtual meeting where the Goose Creek CISD school board decided to not change the name of Robert E. Lee High School.

The debate started last year when districts across the state discussed whether or not to change names of schools named after people associated with the Confederacy and segregation.

A wave of name changes and monument removals has taken place across the U.S., including Harris County where Robert E. Lee Road was changed to Unison Road in July.

WATCH: ABC13 was at the Houston Museum of African American Culture Tuesday when the statue arrived.

Some community members voiced their concerns after not being involved in committee meetings regarding the name change.

In a statement, Goose Creek CISD Superintendent Dr. Randal O'Brien said, "I humbly ask Goose Creek CISD community to continue to put your trust in an administration that has worked very hard to ensure a fair and objective process free from outside influence and political pressure."