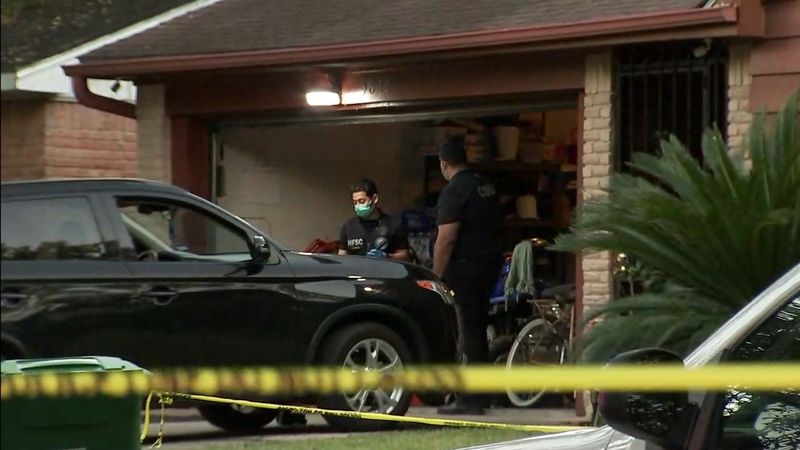 Robbery suspect shot dead with own gun by homeowner

HOUSTON, Texas (KTRK) -- A robbery suspect was shot dead by a homeowner in a neighborhood in southwest Houston, police say.

Homicide detectives en route to 5822 Ludington where according to preliminary information, a male, believed to be a robbery suspect, was shot about 2:50 p.m. Suspect was pronounced deceased at an area hospital. No other info at this time. Investigation on-going. #hounews

It happened shortly before 3 p.m. Tuesday at 5822 Ludington Dr., near Hillcroft and W. Bellfort Avenue.

The suspect died at a nearby hospital, according to police.