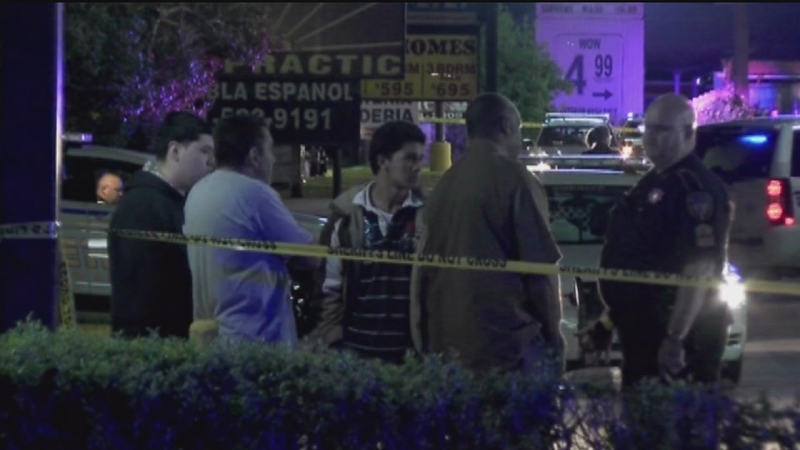 The shooting happened just after 2:30am on Kuykendahl Road at Colwell Road.

Deputies say four armed suspects walked in and told everyone to get on the floor. That's when one of the patrons pulled out a gun of his own and opened fire, killing two of the suspects.

Harris County Sheriff's Office Homicide Sgt. Robert Spurgeon said, "The unknown patron at this time after shooting them he left the scene, so were still trying to determine who he is and why he left the scene."

Both suspects died in the parking lot. Authorities are also still looking for the two other suspects. Investigators say the group may be connected to other recent robberies in the area.