Man taken off life support after Brookshire shooting that may have been from road rage, family says 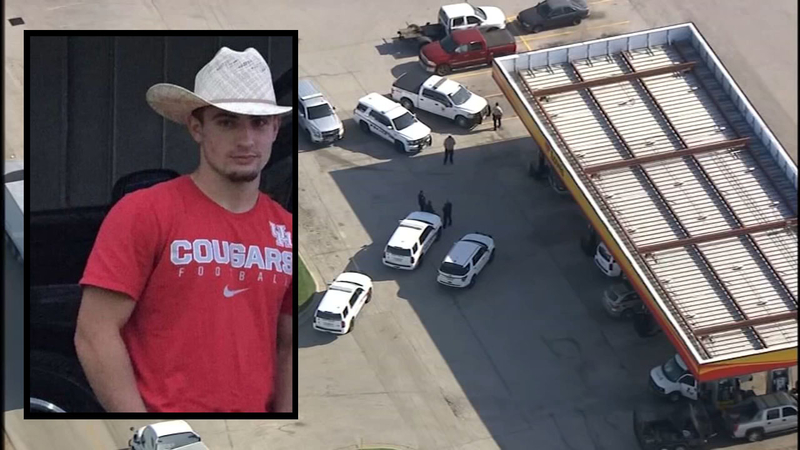 BROOKSHIRE, Texas (KTRK) -- A 21-year-old man was taken off life support Wednesday after he was wounded in a shooting that may have started with road rage, his family said.

Tyler Mitchell was taken by Life Flight to Memorial Hermann from one of two scenes that were investigated as part of the shooting in the Brookshire area on Tuesday afternoon.

Lupe Moss said Tyler often spent weekends at her house. Now, she still cannot believe that will not happen anymore.

SEE ALSO: Brookshire police investigating 2 different scenes in shooting that may have started with road rage

"It's just ridiculous. Innocent people out there getting hurt, killed for nothing," said Lupe Moss.

Brookshire police said they got a call about a possible road rage shooting on I-10 Tuesday at 5 p.m. Authorities told ABC13 the shooter called police and turned himself in at the Loves Travel Stop off Pederson Road in Katy. Police have not released the name of the suspect yet.

"If you were just going to do that and turn yourself in, why do it? You could have pulled over and (taken) some breaths and calmed down," said Felisha Moss, one of Tyler's cousins.

Felisha Moss said they had plans to celebrate Tyler's 22nd birthday in June at the beach.

"We were fixing to book it and you took it from me and now I can't even celebrate with him," said Felisha Moss.

Tyler's family said he had big plans for the future. They say he was in school and was saving up to buy some land. The idea his life may have been taken because of road rage is hard for them to accept.

"Road rage isn't right. Shooting someone isn't right. If you're liable to shoot somebody with a gun, you shouldn't be able to own one, just for no reason," said Matthew Gomez, another cousin of Tyler.

"I pray nobody does this to your family because you have to live with what you did to this boy. He was 21. Hadn't even lived his full life and for you to take it, I say to you, you're a coward," Felisha Moss said in a message to the suspected shooter.