'Return of the Trill': Bun B talks about releasing first studio album in over 5 years, DJ Ready Red and more 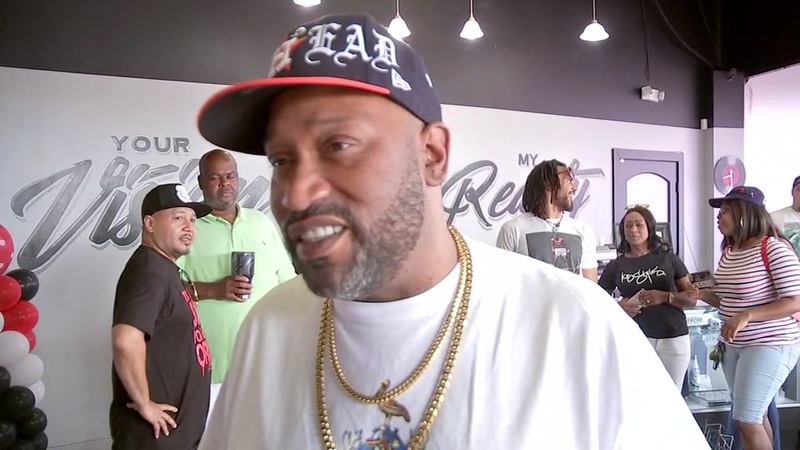 'Return of the Trill': Bun B releases first studio album in over 5 years Friday

HOUSTON, Texas (KTRK) -- After five years and much anticipation, Texas rapper Bun B is releasing his first studio album entitled "Return of the Trill."

The Port Arthur native says this album serves as a way of "reintroducing me to the game."

"You know I've been gone for a while, and I know there's a couple of things that need to be said, and people haven't said them yet," the half of rap group UGK said.

Bun B says that fans can expect to hear that "good trill" and recognizable sound, however, there will be some surprises as rapper and producer Big K.R.I.T. served as the musical coordinator for the album.

"We made sure to work with other different people to kind of mix the sound up a little bit," he said.

Texas was heavily influential on the album (as expected). Bun B says he will definitely be representing not only Port Arthur, but the city that has embraced him since his rap career began.

When asked why he loves Houston so much, Bun B said, "I think it's because Houston got so much love for me."

"The city always comes out, they always buy the music, they support everything that we do, they come to the events, and as a community that's always showed love to me and Pimp (C), we representing UGK for life, and we love Houston," he told Eyewitness News.

The love for Houston doesn't just stop at the music and fans. Bun B is also a big fan of Houston's sports teams, including the Astros, Texans, Rockets, and Dynamo.

"I'm excited about these Astros," he said. He hopes the team has a repeat of winning the World Series championship.

"Now that we got Carmelo Anthony, it's gonna be something different for us here, as far as the Rockets, and with the Texans, we got our quarterback back, so I think things are looking up for the city of Houston," he said.

When asked about the death of Geto Boys' DJ Ready Red, Bun B says that "it hurts my heart."

"It is sad to lose one of our pioneers and one of the people that literally opened the door for somebody like me to have the career that I have, take care of my family, and move through this world," he said. "Hip-hop has taken me all over the world, and if it wouldn't have been for somebody like DJ Ready Red, it probably wouldn't have happened for me."