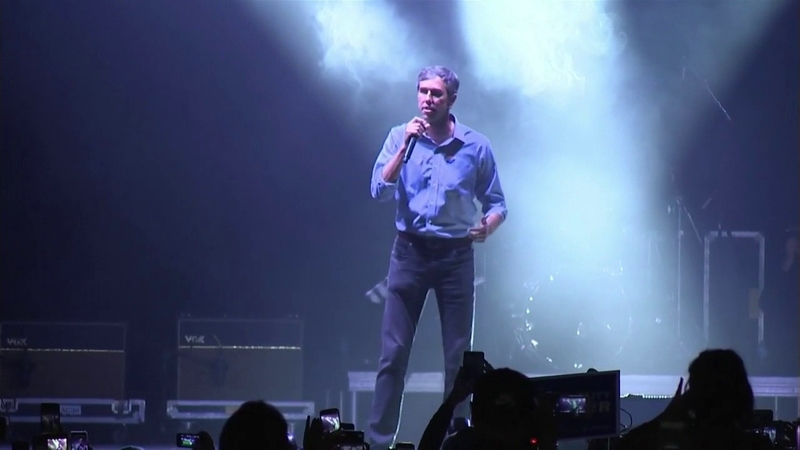 EL PASO, Texas (KTRK) -- It was a furious push to do something that no Democrat has done in a Texas-wide political race in 24 years.

But for Rep. Beto O'Rourke, his optimistic campaign to take the U.S. Senate seat from Texas away from incumbent Ted Cruz fell short on Election Day.

Just after 9 p.m. CT, ABC News projected a Cruz re-election victory in one of the closest and fiercest battles of the midterms.

The El Paso congressman, who had to forego re-election from his own U.S. House seat, spent the last 22 months campaigning on progressive ideals amid a deeply divided nation.

Earlier on Tuesday, the 46-year-old Texan walked out of a community college near his home, sipping coffee next to his wife and three children after casting his vote.

His campaign said O'Rourke planned to visit every polling place in El Paso to thank volunteers, and hoped to convince a few more voters to come his way.

Last-minute polls indicated O'Rourke needed every vote he can get and maybe a few more.

As he closed his campaign in a sprint across Texas, O'Rourke stayed true to the progressive ideals that made him a national political star headed into Election Day.
His final rally Monday night was full of support for improved public education, universal health care, immigration reform and citizenship for Dreamers.

Even entering Tuesday, O'Rourke admitted he needed a similarly strong turnout to carry him to the U.S. Senate.

There was hope midway through the campaign. O'Rourke's camp touted a record $80 million in contributions, none of which was made by political action committees.