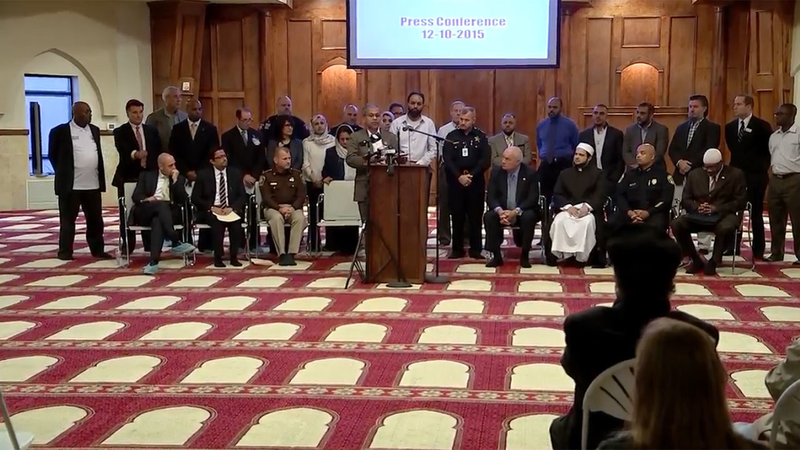 SUGAR LAND, TX (KTRK) -- Top law enforcement officials in Fort Bend County said they are standing together with American Muslims in their community after a rash of backlash.

"The worst thing is, Muslims can die because of this," said one man who attends service at the Maryam Islamic Center, where the press conference with Fort Bent County officials was held Thursday.

In recent weeks, some Muslims say they have noticed a backlash against their faith.

"It is rising. We feel it. We sense it," said the Maryam Islamic Center Imam.

The threat was real enough just weeks ago.

According to law enforcement officials, a man living just a mile from the Islamic Center threatened on social media to shoot up the mosque. Clayton Cansler was arrested before police say he could make good on that threat.

"I think the politics and the news is making it a lot more worse," said Waquar Mehmood. "We just heard yesterday, one Muslim store owner got beaten up."

Edward Michel, FBI Houston, addressed the crowd at the mosque and spoke about the real threat, ISIS.

"ISIS is recruiting anyone from anywhere around the world, and Houston is no different than any other city," said Michel.

Officials called on Islamic leaders and members to speak up and report any suspicious activity with in their community.

"We want you to stand up as well. If you see something say something," said Chief Brinkley.