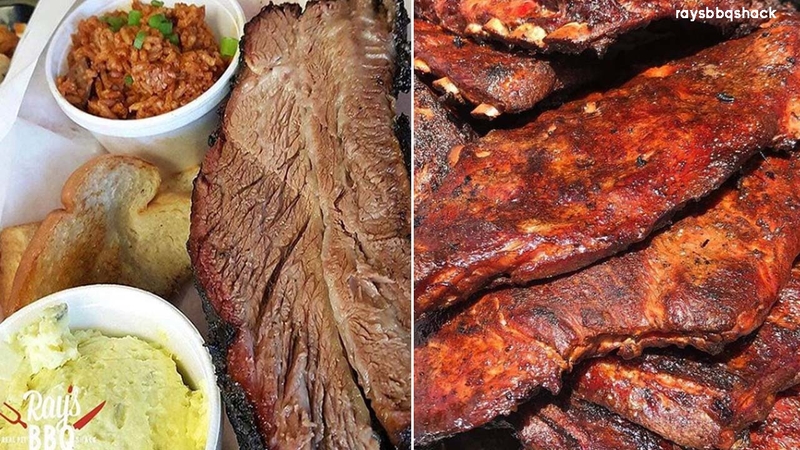 HOUSTON, Texas (KTRK) -- If you're looking for smokin' good barbecue with a whole lot of soul, make your next stop Ray's Real Pit BBQ Shack.

This family-owned and operated restaurant has become a staple in Houston's Third Ward and Riverside communities.

It all started with co-owner and official pitmaster Ray Busch, who first honed his craft through learning from legend Mr. River Falls. Before the barbecue world became Busch's full-time job, he was already serving the community in a different role for 30 years with the Harris County Sheriff's Department.

"I used to do barbecue as well during that same time on the weekends. It just started off home cooking and then once I retired I said to my family, "Why don't we just try and see what we can do?" because we had a very good clientele from our food truck," Busch explained to ABC13 of the company's beginnings.

Then in 2011, Busch opened the first Ray's Real Pit BBQ Shack at 4529 Old Spanish Trail with co-owner and longtime friend from high school, Maxine Davis. The spot in South Houston is less than a mile from the Medical Center, University of Houston (main campus) and Texas Southern University.

It's even more of a family affair with co-owner and Davis' son Herb Taylor, who also serves as pitmaster. Taylor says that aside from the finger-lickin' good hickory-smoked meats, homemade sides and desserts all made fresh daily, you'll also notice that the main ingredients used in their food are soul and love.

The happiness customers have for the food and the hard-working employees is clear just by looking at the line that quickly forms and snakes through the restaurant as soon the doors open at 11 a.m.

If your taste buds are craving something else, Ray's also serves burgers, salads, soups, po'boys, baked potatoes and fish and shrimp dinners in a casual and relaxed dining room.

"One thing with good barbecue, you have to have good sides. Your sides have to be good," Davis explains.

Davis recommends the fried corn on the cob and peach cobbler. Did we also mention they have fried baby back ribs?

"We're one of the few that does that, and that's real popular. But the fried corn on the cob is a must-have," Davis said.

On June 15, Ray's will be celebrating their one year anniversary at their new location at 3929 Old Spanish Trail.

Then a few days later, everyone is invited to chow down on more barbecue made with love during the restaurant's Juneteenth celebration, which will also feature music, drinks and plenty of dancing.

When ABC13 stopped by the restaurant, Taylor took us on a journey through the smoke room, emphasis on the smoke, and showed us what every pitmaster needs to know: the piano test.

Would your barbecue pass that test? Find out by checking out the tips and tricks below.

Head here to see how to step up your cookout game.