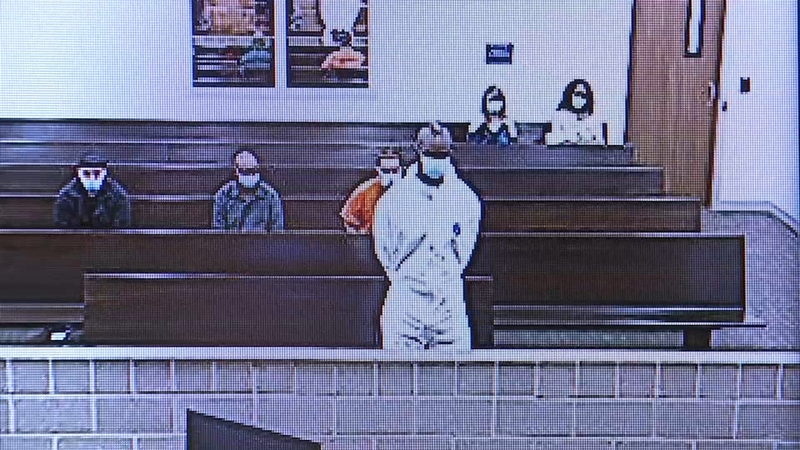 PASADENA, Texas (KTRK) -- The man accused of killing a 6-year-old girl after an argument over spilled water will remain in jail for now on a capital murder charge.

Raymeon Means, 35, appeared before a judge overnight and was denied bond. Means told the judge he did not want a court appointed attorney.

Raymeon Means, 35, was vocal as he appeared before a judge overnight. Means is charged with capital murder in connection with the shooting death of 6-year-old Laurionne Walker afte

Means is accused of shooting Laurionne Walker multiple times on Friday in Pasadena.

Means is scheduled to appear in court again on Monday where a trial court judge will decide if he should be eligible for bond.


RELATED: 6-year-old killed in Pasadena apartment over spilled water, police say
Laurionne's mother told ABC13 on Friday that she was left in the care of a relative so she could attend the vigil for Porsha Branch and her three children, who all died in a crash in Spring Sunday night.

"You caused a lot of pain," said the father of three kids who, along with their mother, died in a DUI crash. In the video above, hear the message he sent to the man accused of causing the tragedy.


The charge of capital murder is defined by the Texas Penal Code as an offense defined under the murder statute and in the commission of another crime, including the murder of someone ten years old or younger. If convicted, punishments range from life in prison to the death penalty.
It wasn't immediately known if prosecutors planned to seek the death penalty in this case.

Details provided by police are limited, but investigators said the 6-year-old and the shooter, who is now in custody, were in the same apartment.