Here's how METRO plans to condense traffic on the Katy Freeway 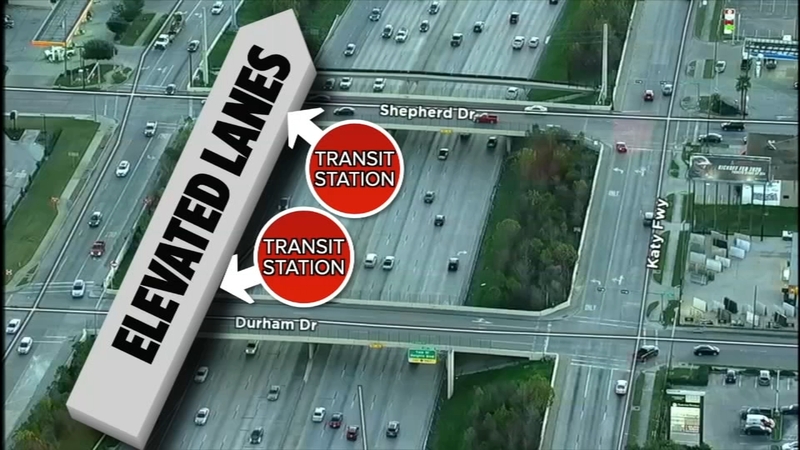 HOUSTON, Texas (KTRK) -- We've told you about the new elevated bus-only lanes in the Galleria area, but now METRO plans to do the same thing in another location.

METRO announced plans Friday to build a new 7.6 mile bus rapid transit lane along the Katy Freeway. The ramp will connect downtown to the Galleria area and the new Northwest Transit Center, which is under construction.

The lane is designed for METRO rapid buses that will run like trains with level boarding and ticketing platforms. Part of the new bus line will soar high above freeway lanes and include brand new transit stations at Studemont, Shepherd and Durham. METRO told ABC13 it's a cheaper alternative to building a rail line.

"It had the features of a light rail, but we can do it at half the cost, which means it's an opportunity," METRO CEO Tom Lambert said.

METRO said this line will be able to link to the planned high-speed rail line that will give riders to-and-from Dallas a connection to downtown Houston.

There's no timeline for construction just yet, but it will be the next Bus Rapid Transit project after the one along 610 and Post Oak is finished.