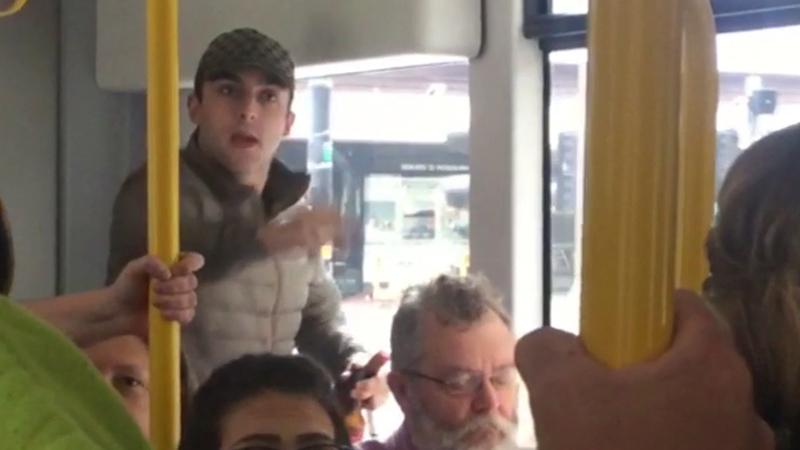 MANCHESTER, England -- Racists taunts of hate delivered by three young men on a tram in England were all caught on camera.

The men were captured on video yelling at another commuter in Manchester, England, at about 7:15 a.m. local time on Tuesday.

Witnesses said the men were being loud and cursing, attempting to garner attention.

One of the passengers asked the men to be quiet, stating there were children on the tram.

That's when the suspects unleashed the racist tirade, calling the man an "immigrant" and telling him to "get back to Africa."

Manchester police said in a statement that three men were arrested in connection with the hate incident.