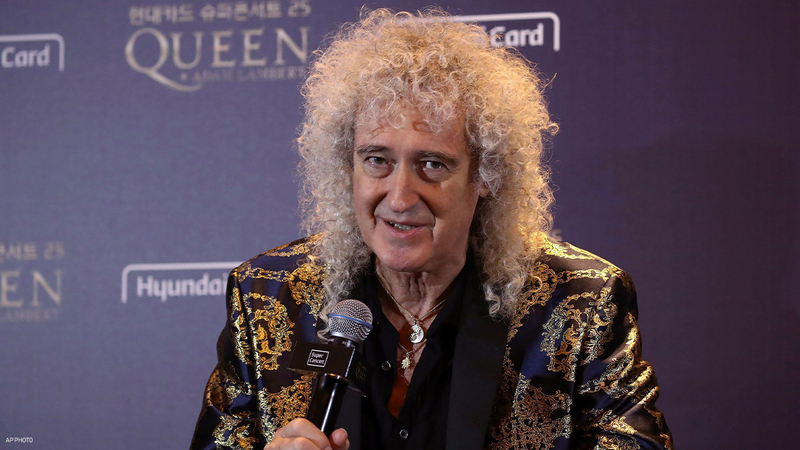 The 72-year-old Rock & Roll Hall of Famer revealed the news in a video message posted Sunday on his official website and social media accounts.

May explained that he had the heart attack while struggling with another health issue: excruciating leg pain that he initially thought was from a ripped gluteus muscle. It turned out to be caused by a compressed sciatic nerve.

"[I]t's not something that did me any harm," he said of the heart attack. "It was about 40 minutes of pain in the chest and tightness, and that feeling in the arms and sweating."

May says that after undergoing an angiogram, doctors discovered three congested arteries and gave him the choice: He could have open-heart surgery or have stents placed in the blood vessels.

"[A]fter a lot of thought and deliberation, I opted for the stents," he explained. "And the...same day, I went in there and they did it. And it wasn't that easy, but the only reason it wasn't easy for me was because of...the excruciating pain I had in my leg."

May continued, "I walked out with a heart that's very strong now so I think I'm in good shape for some time to come. And if I'm not, we can have another angiogram."

May noted that his experience made him think that perhaps everyone over age 60 should consider having an angiogram, because he had no symptoms before having the heart attack. He added that his leg pain continues to be treated by "a fantastic physiotherapist."