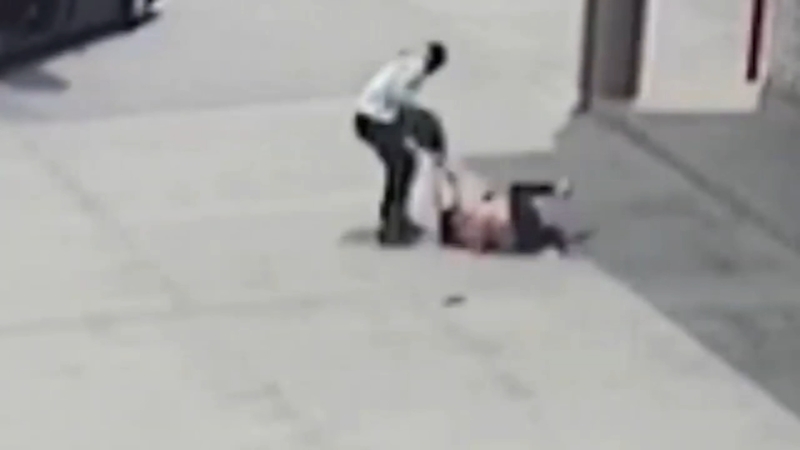 HOUSTON, Texas (KTRK) -- A woman was dragged for several feet during a purse snatching in a restaurant parking lot on the northside, and it was all caught on video.

Now, HPD's Robbery Division is asking for the public's help to find the people behind the attack.

It happened on Thursday, April 29 at 1:53 p.m. as the victim was walking into a restaurant in the 900 block of Tidwell.

In the video, you can see a car pull up behind the woman and a man exits. He then grabs her purse and drags her on the ground for several feet until she let go.

The robber gets back into a black, 4-door Kia sedan, which leaves. The vehicle is followed by a white Dodge Charger.

According to police, the woman had just come from the bank in the 2800 block of Woodridge and believes she was followed.

Authorities say the suspect is a Black man, who wore a white hoodie and black pants.

However, officials say both paper plates are fake plates and don't belong to either of the vehicles.

If you have any information related to this investigation, you can contact Crime Stoppers of Houston directly by calling 713-222-TIPS (8477), going online or using the mobile app.

Crime Stoppers may pay up to $5,000 for information leading to charges or arrest. Only tips directly to Crime Stoppers will remain anonymous and be considered for a cash reward.

Typically, when someone robs a business, the suspect wants to leave right away. But the video shows one robber in particular wanting something more than what's in the register.

Houston police say the suspect wanted to make a trade for what investigators called "an expensive sex toy" during the bizarre heist last month.