Historic black cemetery in Houston in need of cleanup 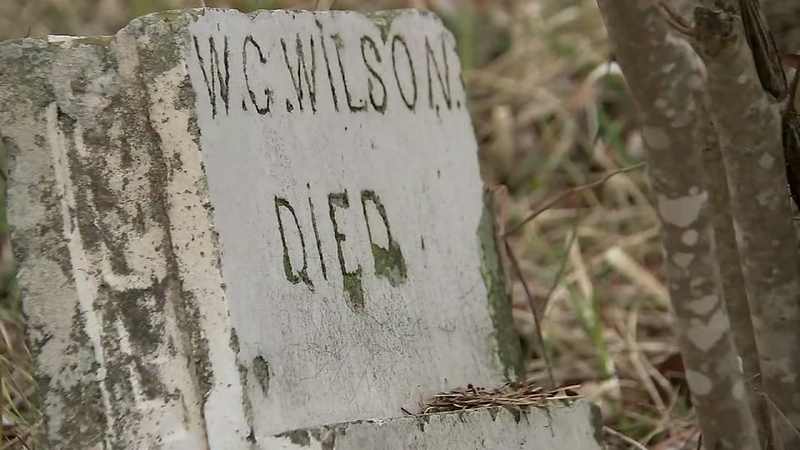 HOUSTON, Texas (KTRK) -- A historic cemetery that's been in Houston's Fifth Ward for more than a century is in dire need of a cleanup.

Evergreen Negro Cemetery is one of the roughly 4,000 historic black cemeteries across the Lone Star State that are in a substandard condition. During a visit there today, the cemetery had chip bags, overgrown brush and broken headstones.

Located just off Interstate 10 and Lockwood, the cemetery was started by former slave Albert Kelly in the late 1800s.

You would never know it at first glance that some of the buried are revered service members: Buffalo soldiers and World War I veterans.

A group called Project R.E.S.P.E.C.T is working to give the buried a proper resting place.

"The cemetery was almost totally invisible, because it was overgrown by five or six feet," Project R.E.S.P.E.C.T. founder Woody Jones pointed at the shrubbery.

Jones has made it his life mission to cleanup and keep up cemeteries like Evergreen. Behind Project R.E.S.P.E.C.T, a law was passed in 1995 that allows nonprofit organizations to take over abandoned cemeteries.

As he did his research, though, he kept running into the same problem.

Jones said segregation laws of old prevented blacks from being buried with whites. Those who were wealthy enough to acquire land and create a cemetery often did their transactions in cash. No trust fund meant no long-term plan to keep up the property.

"Maintaining this cemetery is a two-week job, just like your front yard is," Jones said.

There are roughly two dozen veterans buried at Evergreen.

Jones said it is vital to not let properties like this fall by the wayside.

"Our history lies in a lot of these old, historic cemeteries," Jones said.

Project R.E.S.P.E.C.T. has cleanups throughout the year, and before the next one, more volunteers and donations are needed.