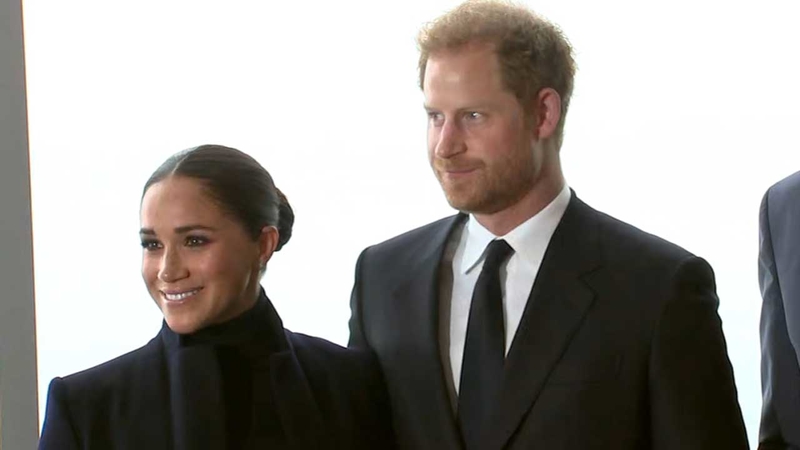 NEW YORK -- The Duke and Duchess of Sussex are ditching the West Coast for a trip to New York City.

Prince Harry and Meghan began their day with a visit to the One World Observatory at the World Trade Center with New York City Mayor Bill de Blasio and New York Gov. Kathy Hochul.

The royal couple is visiting the Big Apple for "Global Citizen Live", a 24-hour live concert aimed at mobilizing the world to tackle poverty and COVID-19.

BTS, Jennifer Lopez, Lizzo and Elton John are among those who will headline the "Global Citizen Live" highlights show on ABC.

Additional headliners for ABC's hourlong highlight show will be announced. It will air Sunday night at 7 p.m. ET/PT | 6 p.m. CT.

Unlike most star-studded concerts for charity, Global Citizen Live isn't asking for cash from fans. It wants to display their voices -- on social media, on petitions and in-person -- as evidence for world leaders and corporate honchos that people support action on these issues.

Harry and Meghan will join the event in Central Park to discuss global vaccine equity.

This trip marks their first public event since the birth of their daughter Lilibet Diana in June. They are also parents to son Archie, age 2.

ABC News Live and Hulu will air the 24-hour event in full starting Saturday afternoon. A four-hour highlight show will air on FX on Sunday at 3 p.m. ET/PT | 2 p.m. CT.

You can find more information about the advocacy efforts behind the concert special at globalcitizenlive.org.