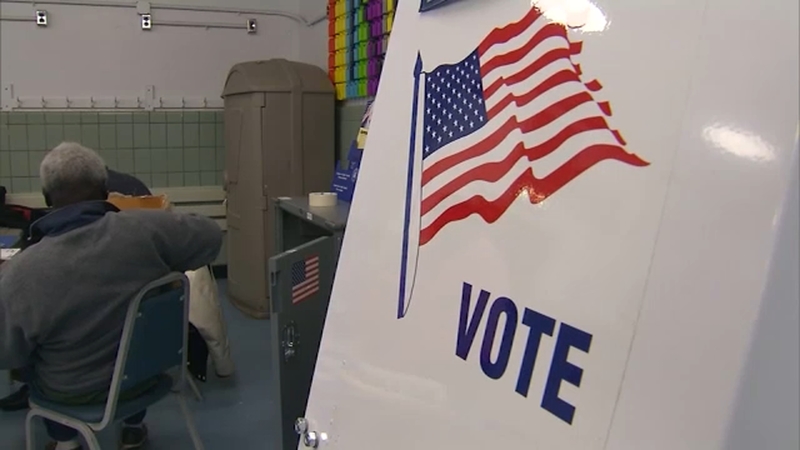 HARRIS COUNTY, Texas (KTRK) -- Tuesday's primary runoff election features key races for both Democrats and Republicans ahead of the general election in November.

The most-watched race may be that for attorney general.

Paxton, seeking his third term, bested a field of three challengers on March 1, but he fell short of the required 50% +1 vote needed to win outright. He is under indictment for securities, violations, and faces an FBI investigation for accusations of abuse of office and bribery by former staff members.

SEE ALSO: Texas' primary runoff election 2022: What to know for Election Day on May 24

Both men sought the support of former President Donald Trump. Trump endorsed Paxton, and on Tuesday reiterated support with a statement praising Paxton by writing that he "has been bravely on the front line in the fight for Texas and America against the vicious and very dangerous radical left Democrats, and the foolish and unsuspecting (Republicans in name only) that are destroying our Country."

On the Democrat ballot, civil rights attorney Rochelle Garza handily topped a five-person primary but did not have enough to win outright. She now faces former Galveston mayor and lawyer Joe Jaworski.

No Democrat has won statewide office in Texas since 1994, but this race might offer Democrats their best opportunity this cycle.

Also atop Democrats' ballots is the runoff for lieutenant governor.

Mike Collier, who was the party's nominee in 2018, is facing State Rep. Michelle Beckley. Collier garnered more than 40% of the vote in the primary.

In Harris County, roughly 105,000 voters cast their ballots either by mail or early. That is roughly 4% of the more than 2.5 million registered voters.

Republicans outpaced Democrats in early voting by close to 50%. The top race on the GOP ballot is that for Harris County judge.

Vidal Martinez and Alexandra del Moral Mealer were within four percentage points of one another in the primary and neither topped 30% of the vote. The winner will face incumbent Democrat Judge Lina Hidalgo, who is running for a second term.